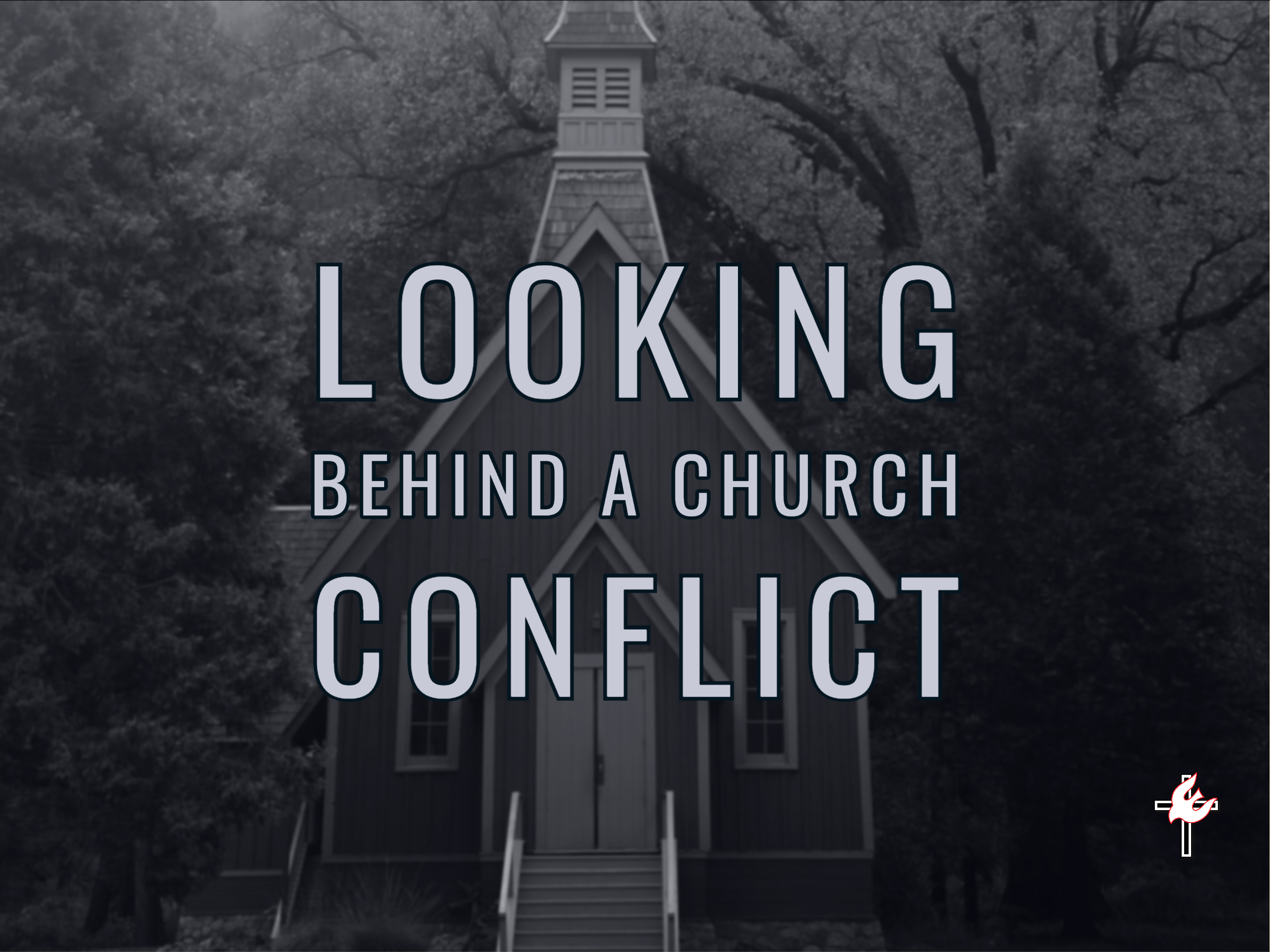 What congregation does not deal with church conflict to some degree or another?

In some cases, this conflict has reached the level where the church is being split. In other cases, church leadership is in crisis due to personal and family breakdowns.

All of this is due to the very deep reality of human sin which taints every dimension of human life, and every human institution, including the Church of Jesus Christ.

The remedy is the Gospel of Jesus Christ and being born again into the Kingdom of God where we are in the process of sanctification.

The preaching of the Word of God, biblical teaching, Bible study, congregational life and ministry all have a role.

Many leaders of the Church (Ruling, Teaching Elders, Pastors, and church leaders) are often well equipped through seminary training and pastoral experience in these critical areas of providing the pastoral work.

But when it comes to conflict….

But often, that same training and experience often neglects the possible spiritual and demonic dimension behind conflicts seen in human sinfulness and human organizational dynamics.

Over the centuries the church has carefully reflected on her experience in spiritual and demonic encounters in light of biblical revelation.  The result is a body of theological and doctrinal works that from time to time have been formally expressed in the creeds and catechisms.

Out of this dynamic process of theological reflection have emerged terms and concepts around spiritual warfare.

The historic creeds of the church while not using the modern term “High Level” spiritual warfare none the less affirm the reality of the Christian’s warfare with the world, the flesh and the devil that is both personal and corporate.

In a small town surrounded by the inspiring natural beauty of the Rocky Mountains, a Christian Reformed Church Pastor has been commissioned by the Classis to begin a new church development.

The demographic studies have confirmed that this is an excellent place to start a new church.  Not only are there few other churches but the population is growing rapidly.

The culture of the place is one of leisure and money.  The nearby ski areas are a main attraction.  In the little town there are several micro-breweries with restaurants and clubs attached.  There are several new age bookshops and a number of interesting shops featuring Native American art and artifacts.

After a year of hard work and following all the proven methods of church planting, a worshiping group of around 60 people has formed.  There is much excitement and expectation that the fledgling congregation can grow to be a vibrant church.

The evangelical pastor has been faithful in preaching the Gospel of Jesus Christ and people are responding.

Then the conflicts and battles began!  One of the worship leaders, a young married professional man with a charismatic personality who has been key to the vital worship, is discovered to have been having an affair with the wife of another church member.

Over the following months, the little congregation is split into two factions of those who support the worship leader and want him to continue and those who feel that his immoral behavior disqualifies him for leadership.  There are charges, counter charges, and much debate.

In the meantime, for the pastor, what was once a dream coming true was quickly becoming a stress filled nightmare.

He is becoming discouraged and angry.  His own marriage seemed under assault, as he faces intense sexual temptations from a younger woman with whom he has been counseling.

His wife is angry and hurt over things said about her husband by church members.  She is beginning to withdraw emotionally from her husband and the church planting project.

What is going on?

To successfully deal with this situation one must carefully discern what the true sources of conflict are.

Especially important is to discern the role of the worship leader who has been the source of the trouble.

Is this a normal case of immorality arising from human weakness?

Alternatively, is this an orchestrated assault by the high level territorial evil spirits to destroy the church and to neutralize the evangelical pastor?

How we answer these questions will direct the pastor’s own tactics for overcoming these attacks and establishing a viable Christian witness.

Ephesians 6:12 reminds of who is the real enemy:

This needs to be our anchor.  We are not fighting people but supernatural forces opposed to the Gospel in Church conflict.  This is true!

However, people are definitely involved in this struggle.

What is their role?

Is the church conflict from people or from demons?

There is often a complex interweaving of both human and spiritual dimensions of church conflict.

What the dimensions of Church conflict?

1. The situation is entirely human sinfulness and its consequences.

If that is the case, an appropriate response is prayer for the people involved, counseling, church discipline, confession, restoring communication, and mediation.

2. The person is not demonized but their behavior is consistent with the goals and schemes of Satan.

You must still deal with the person but also move into intercessory prayer for protection from Satan’s attacks.

3. The person is demonized but the effects do not extend beyond them to include a larger sphere of influence.

They need deliverance and healing ministry.

The person needs healing through prayer and/or psychotherapy, or they need to be removed from the church.  There will also be engagement as directed by the Holy Spirit in the work of deliverance and spiritual warfare.  There will need to be healing and restoration of the community.

5.  Some combination of all of the above.

As you pray and discern, you’ll need to be guided by the Holy Spirit on how to proceed.

A word of caution

One needs to be very careful not to unjustly or to presumptuously accuse others of opening doors to evil spirits.  It is very important to discern this carefully and not to jump to conclusions just because someone is difficult.

In addition, the church leaders should recognize that through their own anger, bitterness or pride they may be the ones opening the door for attack against the church.

The above is adapted from Chapter 8 in our manual on Equipping for Spiritual Warfare, available through attending a Dunamis Project near you.