What is the Next Great Awakening? 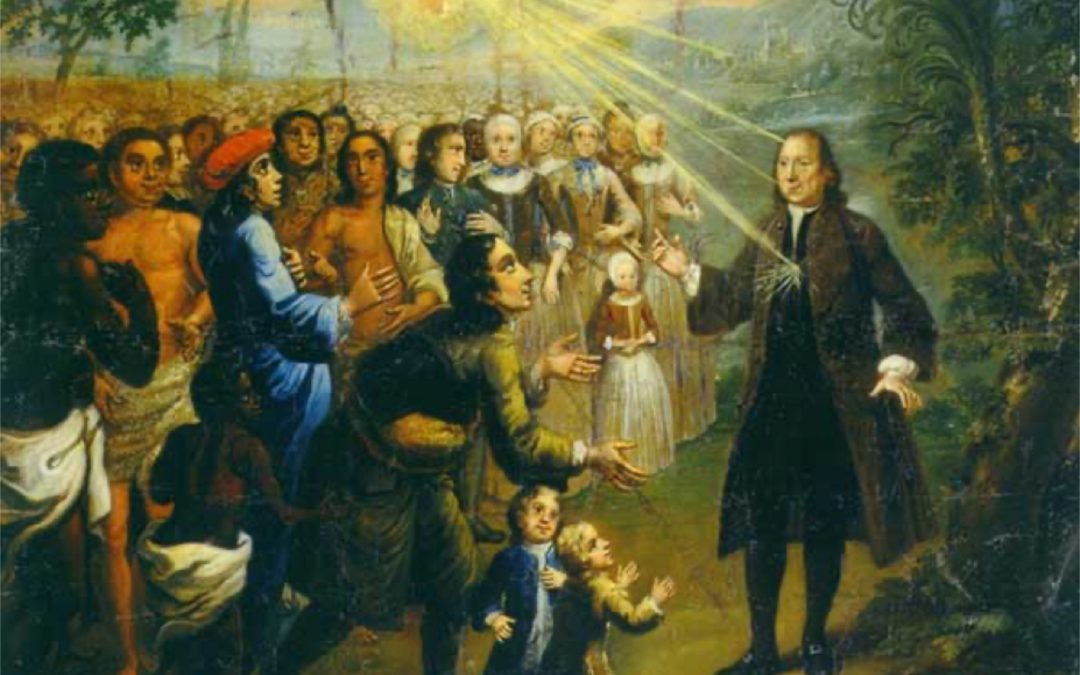 Since I [Paul] joined the PRMI International Leadership Team in February of 2022, one of the largest topics of conversation has been focused on “Preparing for the Next Great Awakening in the Power of the Holy Spirit Venture,” or NGA Venture for short.

This raised a bundle of questions for me as a believer,

What exactly are we talking about? How does this connect with everything that we already do? And even (dare I say it?) Do I really believe this venture is for real?

Fast forward to the end of February and there I was, teaching about the Next Great Awakening at the annual gathering for the Dunamis Fellowship in Britain & Ireland.

So, what had I learned, and what persuaded me to believe the NGA is real and happening now?

Let’s begin with the Bible…

In the book of Acts, Luke describes several great outpourings of the Holy Spirit.

The first disciples persistently gathered to pray. They were baptised with the Holy Spirit.

God manifested His love, presence and power in signs and wonders as evidence of His Kingdom expanding on earth.  And as the disciples did the work of evangelism, thousands came to faith in Jesus Christ.

People across the nations grew in discipleship through the Apostles’ teaching.

There was a koinonia of justice and equality amongst believers, and they worked to maintain unity between Jewish and Gentile converts to Christ.

This phenomenon was not limited only to the day of Pentecost. It continued through the book of Acts in the years that followed as the Spirit fell afresh in power in multiple locations, equipping the Church and changing the world.

But this widespread supernatural work was not confined to the biblical era. It has occurred in the latter centuries, too.

Here in England, we would speak about the Evangelical Revival that took place in the mid-1700’s. In America that period is referred to as the First Great Awakening. It was a season of many revivals taking place in multiple locations as the Holy Spirit repeatedly fell in power.

People were saved, faith was rekindled, churches came alive again and relationships were restored. The ‘common grace’ structures of society were transformed as Christians lived out their faith. And through it all God was glorified.

This was the era of well-known leaders such as George Whitfield, Jonathan Edwards and John Wesley. 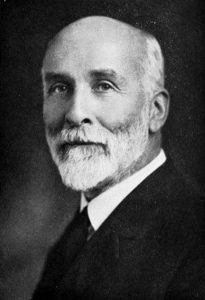 One of the major catalysts for this season was the tiny community of Moravian refugees in Germany.

In 1727 they experienced a mighty outpouring of the Holy Spirit which completely transformed their faith and restored their broken relationships.

In August that year they covenanted to pray around the clock, seven days a week. This was the beginnings of a prayer meeting that lasted 110 years, and it sustained the fires of evangelism as hundreds heard the call of God and were sent out as missionaries.

I was further encouraged by reading about a second Great Awakening that took place in the 1790s – 1800s, with leaders such as Charles Finney holding revival meetings and thousands coming to faith in Jesus.

In England, William Wilberforce’s faith saw him campaigning relentlessly for the abolition of slavery.

And then came a third wave which has been called the Decade of Revival 1900-1910. 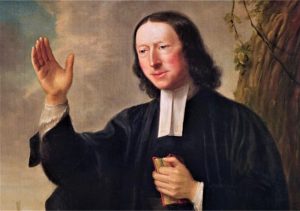 Some of these names became familiar:

-The Holy Spirit’s power was manifest in the Korean Revivals.

-Canadian missionary Jonathan Goforth was part of the Manchurian Revival in China.

-R.A. Torrey preached the Gospel and taught about prayer and the baptism in the Holy Spirit in the USA, Canada, Britain, China, Japan, India and Australia.

This was an outpouring of the Holy Spirit that brought together men and women, black and white, rich and poor, and which became the world’s most prolific evangelizing stream.

So, what do we mean by a “Great Awakening”?

This was one of my basic questions. What I learned is that this refers to widespread outpourings of the Holy Spirit which results firstly in a revitalization of the church’s life:

But the results do not stop at the threshold of the church! Christians live out their faith in the marketplace with integrity. More and more people come to faith in Jesus.

And the values and ethics of the Kingdom of God begin to reshape society.

Why are we talking about “the Next Great Awakening”?

I have a natural tendency to be cautious, so it took time for me to be persuaded that we truly might witness another Great Awakening. Several factors have combined to make me think this way.

One factor is simply a rumor on the wind.

We are hearing the same conviction spoken by a variety of people from different places and traditions.

“The Church is being awakened, prepared and aligned to partner with the Father. Revival is promised and will result in the largest in-gathering of harvest.”

Alongside this are the stories of a growth in prayer movements, not just in the USA but globally, as Christians engage more and more in the work of intercessory prayer.

Another factor is the prophecies of the English evangelist Smith-Wigglesworth, which I discovered for the first time this year (2022). I find them credible because things he spoke about in the 1930s and ‘40s became reality in the decades that followed.

Just weeks before his death in 1947 Wigglesworth prophesied these words: 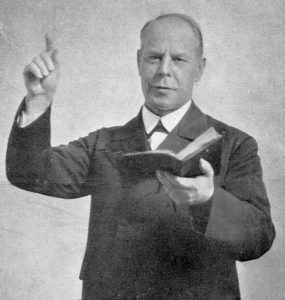 “…something that has not been seen before: a coming together of those with an emphasis on the Word and those with an emphasis on the Spirit. When the Word and the Spirit come together, there will be the biggest movement of the Holy Spirit that the nation, and indeed, the world, has ever seen. It will mark the beginning of a revival that will eclipse anything that has been witnessed within these shores, even the Wesleyan and the Welsh revivals of former years. The outpouring of God’s Spirit will flow over from the United Kingdom to the mainland of Europe, and from there, will begin a missionary move to the ends of the earth.”

These, and other considerations, suggest that we may be on the cusp of a kairos moment, and that the Lord is inviting us to play our part in preparing for outpourings of His Spirit which may become the Next Great Awakening.

What does all this mean for us?

My natural caution has been replaced by hopeful anticipation, perhaps even a little excitement. I believe that PRMI has been prepared by the Lord for just such a time as this, especially because of our connections with R.A. Torrey, whose teaching is integral to the Dunamis Project.

During his revival missions, Torrey would spend the evenings preaching evangelistically.

In the afternoons he would alternate between teaching on the power of prayer and teaching about the baptism with the Holy Spirit.

These three components are seen repeatedly in Torrey’s practice and embedded into his writings.

These are key features for igniting moves of the Holy Spirit that became revivals across the globe.

And these are already built into PRMI’s programs, for the Lord has been shaping and preparing us for a season such as this. It is true that we are not the only stream of Holy Spirit renewal, but we do have a contribution to make.

At our events we invite people to commit themselves to Christ Jesus, and we intentionally provide opportunities to receive empowering from the Holy Spirit.

Preparing for the Next Great Awakening is not essentially about additional programs. Rather, it is an intensified, renewed emphasis on these key features within our existing programs so that more and more people are better equipped to pray their part.

If there is indeed a new Great Awakening in the coming years then there will be a great need for Holy Spirit empowered evangelists, intercessors, prayer ministers and teachers.

The world will need Christians who can recognize and step into these kairos moments, empowered by the Holy Spirit to demonstrate the reality of the Kingdom of God whenever the opportunities arise.

Our task, therefore, is to pray for the revival, deploy those who can have a catalyzing role, and equip people to cooperate with the Holy Spirit.

Academic Dean for the Dunamis Institute 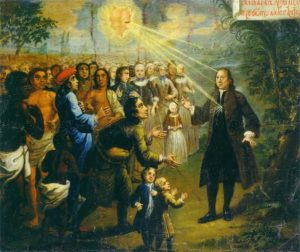