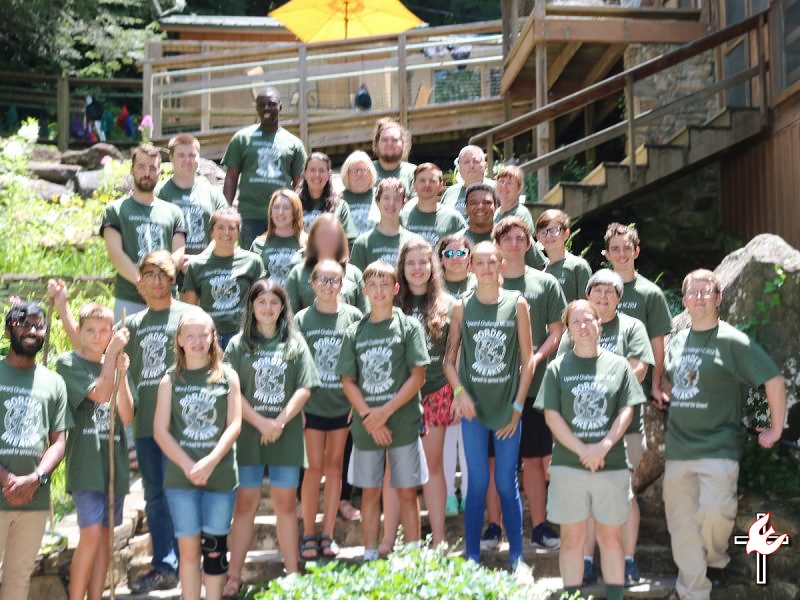 There was so much interest in Upward Challenge last year (2017) that we decided to offer two camps this year.

The first camp was designed for returning campers and focused on the Dunamis teaching on evangelism “Border Breaker”; the second camp, geared for kids new to Upward Challenge/PRMI, was on the Gateways material “4D Human.”

Having two smaller camps of about 35 participants each enabled us to develop deeper relationships with one another.

It also stretched us to fulfill an invitation we had received from the Lord to “double our leadership capacity.” 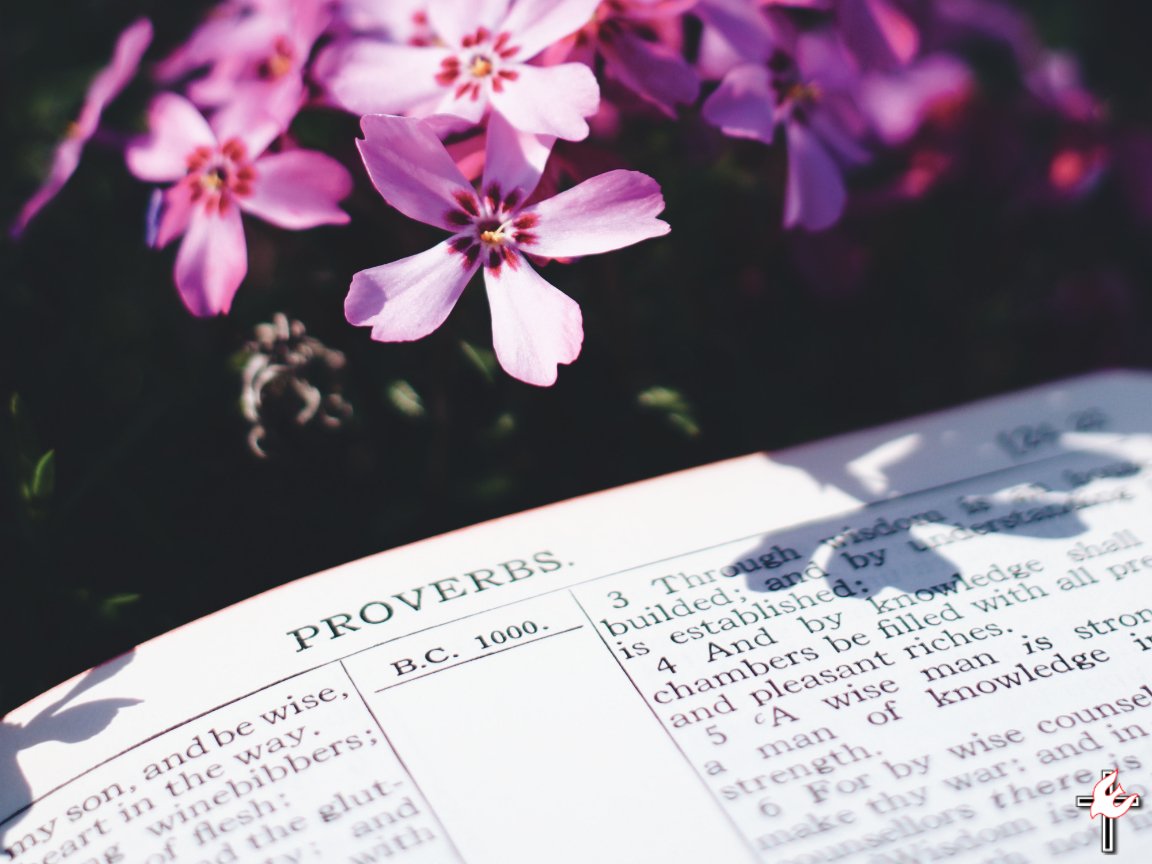 In the first camp we were humbled to watch strong leaders emerge in the next generation.

Many of this camp’s participants were the children of PRMI leaders, and it was a privilege to see how God was uniquely gifting them.

A highlight of our time together was a night spent around the campfire.

On the back porch, campers and leaders received pieces of paper and wrote down sins and other things in their lives they wanted to give to God.

Then the entire group processed in silence to the camp fire site at the Community of the Cross. 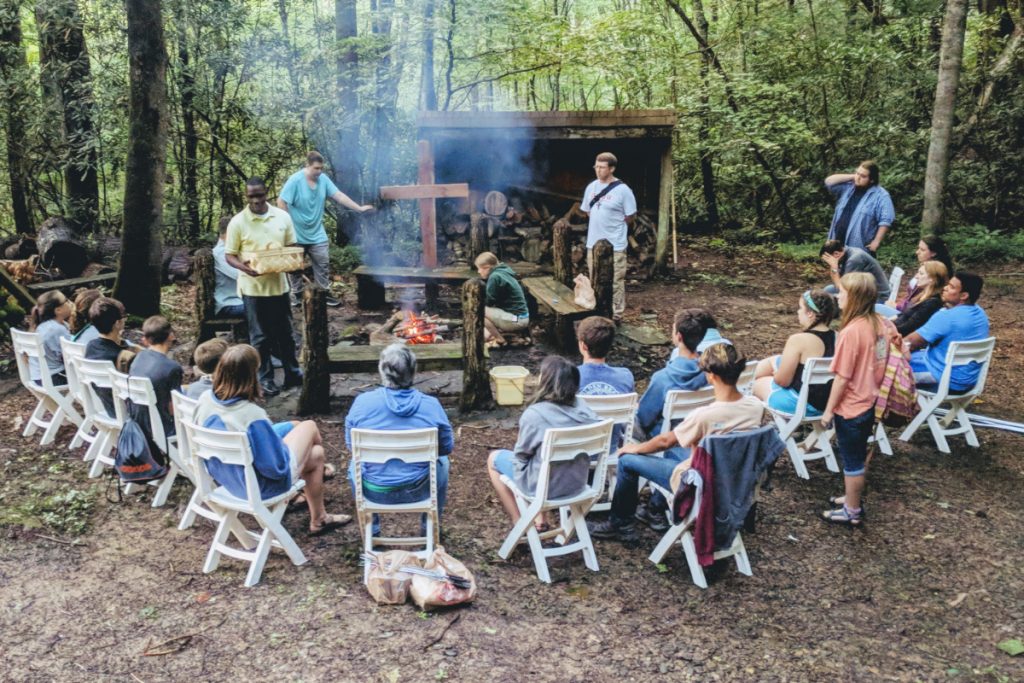 There our camp pastor prayed over everything we were committing to God, and we offered up our papers to the Lord in the fire.

Then our lead teacher, opened up a time of testimony sharing.

Campers came forward and shared about their journeys with God, exposing areas of brokenness and restoration.

Everyone left touched and honored to be entrusted with such vulnerable stories. 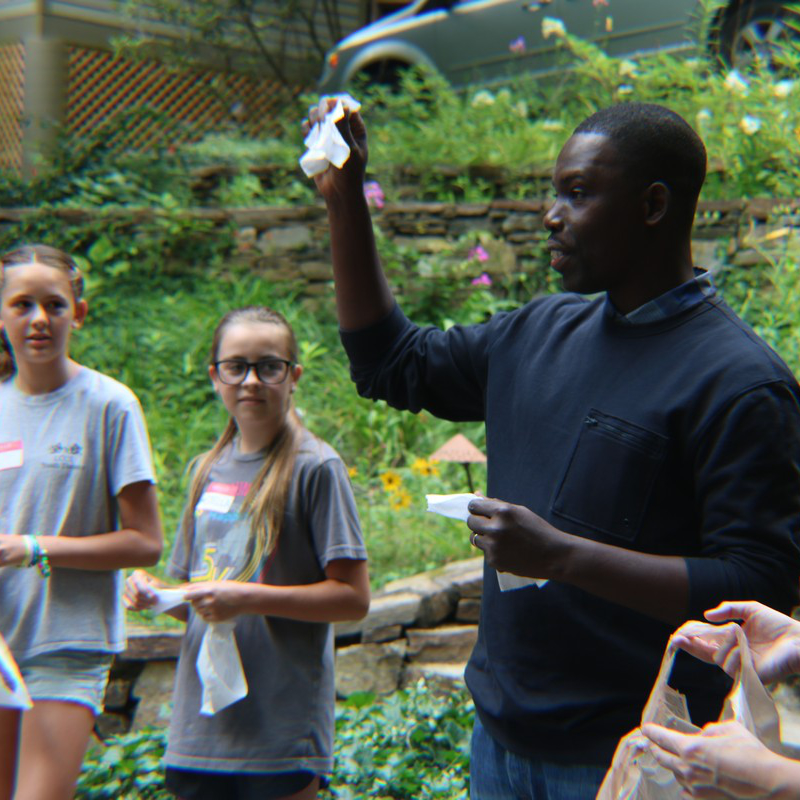 Two campers watch as the rules of the game are explained.

Another highlight was a time of listening prayer and discernment in which we lifted up the future Prayer House.

Campers and leaders prayer-walked the plot of land where the Prayer House is to be built, and then they gathered in a circle to share what they had sensed in prayer. 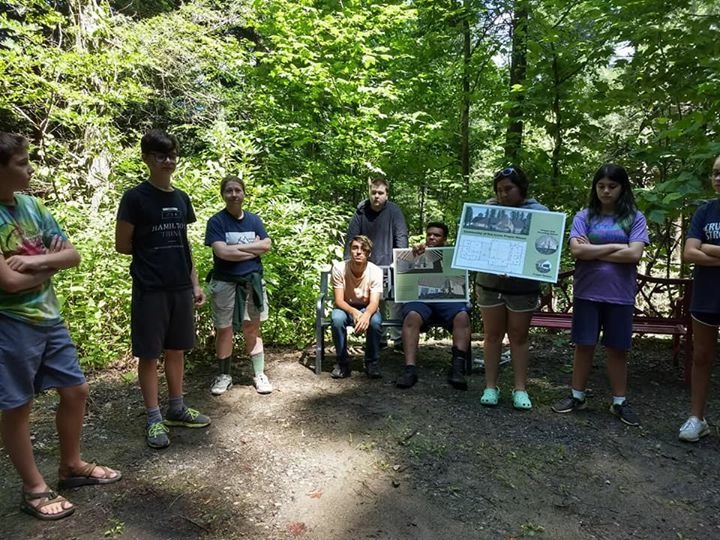 Leaders coached campers in discernment and were excited to see that many were enthusiastic about what God might be up to through this new building.

The last night was particularly special.

During worship through song, all of the campers sang with their arms around one another—a tangible sign of the koinonia they were experiencing. 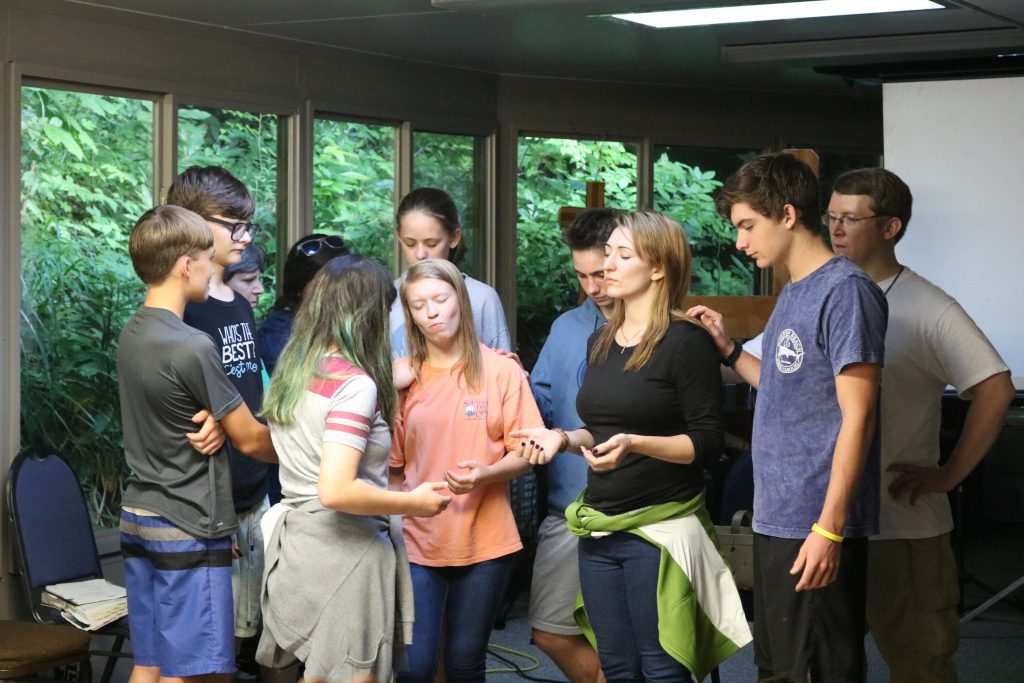 After that, campers and leaders sat in a large circle.

This sweet time lasted late into the night, and by the end nearly everyone had given and received words for one another.

A Word of Thanks

Thank you so much for your support of PRMI’s ministry to youth.

Thank you for your partnership with us in this endeavor.

If you would like to give towards this work, designate your gift to Upward Challenge.