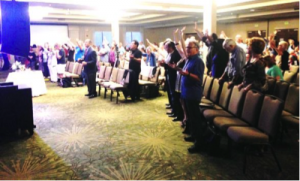 This conference for Messianic Jews is an annual opportunity for people from Tikkun-related congregations to celebrate what God is doing among Messianic Jews. It is strongly Spirit-filled and Spirit-led and international in scope, like PRMI.

The next picture shows that the hotel ballroom was filled, and I believe there were more people than the previous two conferences. The healthy growth comes from a mature group of leaders who have been together for many years.

Every year, they have a speaker who is not Messianic Jewish. This year, it was Che Ahn, one of the best-known Korean pastors in the world. He is pastor of Harvest Rock Church in Pasadena and chairman of the Board for The Call. 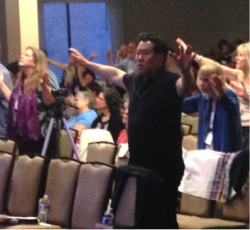 Korean Pastor Che Ahn also exercises apostolic leadership over a sizable network of churches. The principle in inviting these well-known leaders from the Gentile Church (which they have done every year) is to demonstrate that the Messianic Jew movement is part of a larger move of the Holy Spirit to which they are connected. They are not just a little group of Jews off in a corner doing their own Jewish thing. 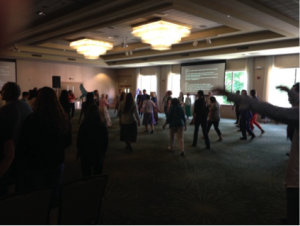 Teaching people to dance at the conference

This is a family conference, so there are activities for people of all ages. One important part of Jewish culture is dancing, and during the weekend, they teach dancing in a way that anyone can learn. By the last day, it was a sizable group, all entering into the circle and dancing as a form of worship. 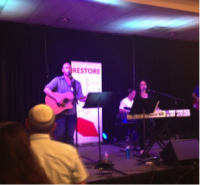 Worship is a key element

Each worship session was led by a different worship leader or group. The woman at the keyboard in this instance was the daughter of Jamie and Stacey Cowen, whom we visited in their home in Afula, Israel this February. Some worship groups come from local churches; others are famous musicians like Paul Wilbur, who produce and sell albums.

These three pictures show how they make room for the prophetic element. The guy at the left in the black shirt was publicly designated as the one who would evaluate prophecies that people wanted to give to the group. 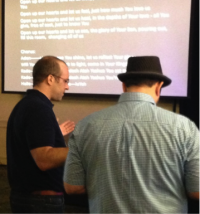 The lady below left had a message in tongues, which was then interpreted by the other woman, below, with Ben Juster, the leader, looking on and interpreting what was happening, for those unfamiliar with the gifts of the Spirit. Ben explained everything. He was also comfortable cutting things off when he felt led to. 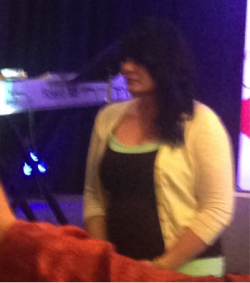 Woman bringing a word in tongues 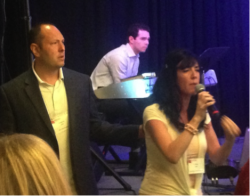 Messianic Jews are moving to Israel in large numbers just now. Here is the family of Ben Juster, the main leader of Tikkun in this country, being formally sent off to live in Israel. This is going to be a major challenge, because of the cost of the move and the cost of living in Israel. But the calling of God pre-empts all other plans! 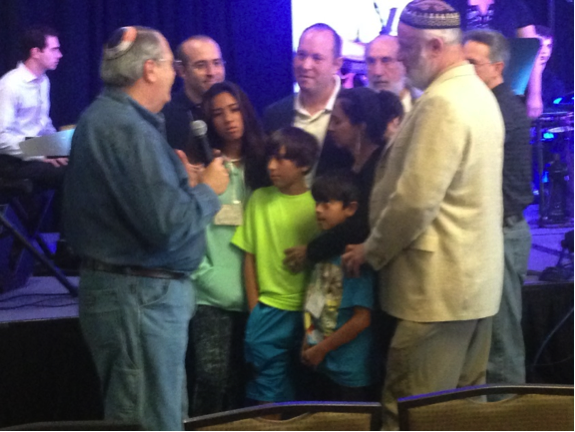 In summary, I couldn’t help but see the parallels between Tikkun and PRMI, who seem to me to have many, many similarities.