PRMI is facing a large number of open doors around the world for our teaching on the Holy Spirit.

This is especially the case after launching the Dunamis Institute to deliver this teaching. We really need your prayer now as a major door is opening to us in the Chinese world.

I was a missionary in Korea and Taiwan and have taken a number of trips to China.

But over these last 8 years this Chinese work has been carried on mostly by John Chang and through Dunamis Project events enabled by the Grace Christian Church in Flushing, New York.

Well that time has come! And as usually happens, comes in totally unexpected ways. 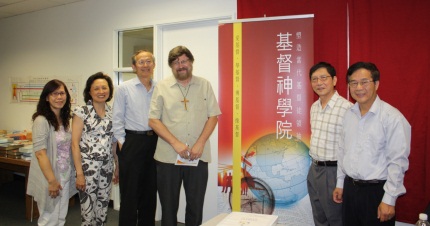 Dr. James and Fay Shwang , Brad Long, John Chang, and Dr Frank Liu at the Christian Leadership Institute. The CLI, based in California, offers academic degree programs in a number of locations in Asia and North America.

In July 2012 John and I were asked to teach a class for M. Div. and D. Min. students using the Gateways to Empowered Ministry and In the Spirit’s Power Dunamis Materials at the Christian Leadership Institute (基督神學院), which is located in the Silicon valley in California, USA. There were about 15 students who were receiving academic credit for taking the class. (Check them out on the internet; we were most impressed by their academic degree programs. http://www.cliglobal.org)

We taught all day. In the evenings we met for prayer and ministry. On the next to the last night of the course, we had a service of laying on of hands for the baptism or infilling with the Holy Spirit. Rev. Frank Liu, President pf the CLI, moved in the anointing of the Holy Spirit to pray for the students. When at my request Rev. Liu laid hands on me, I was so caught up in the Holy Spirit that I had to leave and go into the next room, where I continued to pray while John continued to pray and debrief what had happened In the main teaching room.

The vision itself was mostly in the form of images but also in clear words God spoke to my whole being, calling PRMI and the DI into a new mission of advancing theDunamis Project’s biblical, balanced teaching on the Holy Spirit throughout the whole Chinese speaking world. Not only was there rekindling of a call, but also a prophetic blueprint and detailed steps of how the Holy Spirit was asking us to work with Him to accomplish this humanly impossible mission were given. There was also the promise of all the financial provision as well as people and gifting needed to enable this work to go forward.

Any such vision must be clearly discerned and also must be refined. For the past three months I have been in this intensive discernment process and followed the directions found in Habbakuk, “Write the vision that he who reads may run with it.” Here is the essence of the vision, which will of course need to be further discerned and developed over the next ten years.

A. Incorporate into the Chinese Christian Church worldwide the balanced biblical Dunamis teaching on the Holy Spirit so that, by fulfilling Acts 1:8, more and more Chinese Christians may be called, equipped, empowered and sent as witnesses to Jesus Christ to grow the Church and to advance the Kingdom of God.

B. Set in motion a dynamic self-generating and geometrically multiplying movement of the Holy Spirit for equipping Chinese leaders with the practical means to take this same Dunamis teaching into their congregations, prayer groups and church networks.

Implementation would include:
1) Establish Dunamis Institute Equipping Centers (DIEC) for China, starting in Taiwan and Hong Kong in order to put in place the equipping process for anointed leaders to become certified by the Dunamis Institute (DI) to establish and run new Dunamis Equipping Schools(DES). These DES, in turn, will equip and commission more leaders as well as certify those who will, in turn, establish and connect other DES,

In the vision I saw all this happening! The important essence of the vision was building into the process the means for the equipping movement to be self-generating and geometrically multiplying. This means having people who are equipped and empowered by the Holy Spirit and giving them materials that can be easily transferred to others and provide seeds for building new equipping centers. The following chart illustrates this process and the potential for it to multiply itself.

The result of this self multiplying movement of the Holy Spirit: hundreds of equipping centers in the Chinese world equipping thousands of anointed, commissioned leaders who can pass on the Dunamis teaching to millions of Christians. 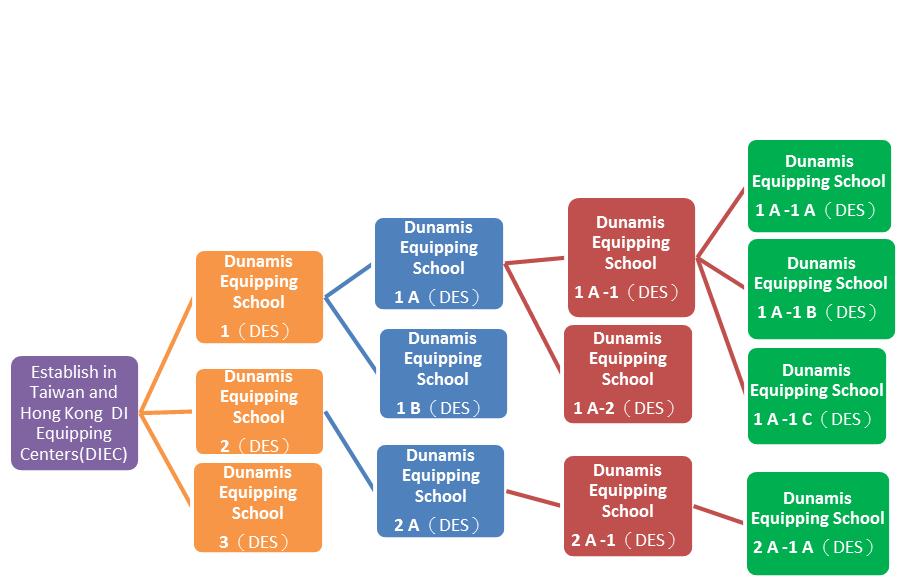 Anticipated Results of Implementing this Vision

Over the next ten years, we envision the Holy Spirit will accomplish the following:

· A Chinese speaking branch of the Dunamis Fellowship International.

· Establish hundreds of Dunamis Equipping Schools in the rest of the Chinese world.

· Equip thousands of anointed, commissioned leaders who can pass on the Dunamis teaching to millions of Christians.

· Equip and empower millions of Chinese Christians to take part in growing the Church and advancing the Gospel of Jesus Christ.

· Bring millions of people from China to faith in Jesus Christ, being born again into the Kingdom of God.

I saw all of this unfolding before me in the vision in a moment while caught up in the Spirit. And with it came the command from Jesus Christ to start walking forward in obedience. He also promised that if we obey the leading of the Holy Spirit, who is the director of mission outreach, that God would provide the financial support, the people, and the apostolic anointing for this to take place. 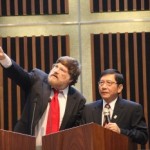 Now, this is not a prediction of the future, but it is an invitation to join in cooperating with the Holy Spirit to pray in the reality of what God is calling us to accomplish.

Already…after getting this vision we stepped into the fast track. John Chang and I flew to Taiwan and Hong Kong in September to renew relationships and knock on doors. We will be going back to Taiwan after Thanksgiving to do an introductory event to start building. And there are a lot more things happening!!!

Do you have a burden for China and the Chinese world? Please join us in this great work. The first thing we need are intercessors to help pray this humanly impossible vision into reality. To receive prayer requests/updates email china@prmi.org or call the office at 828-669-7373.