The Four Great Waves of the Holy Spirit 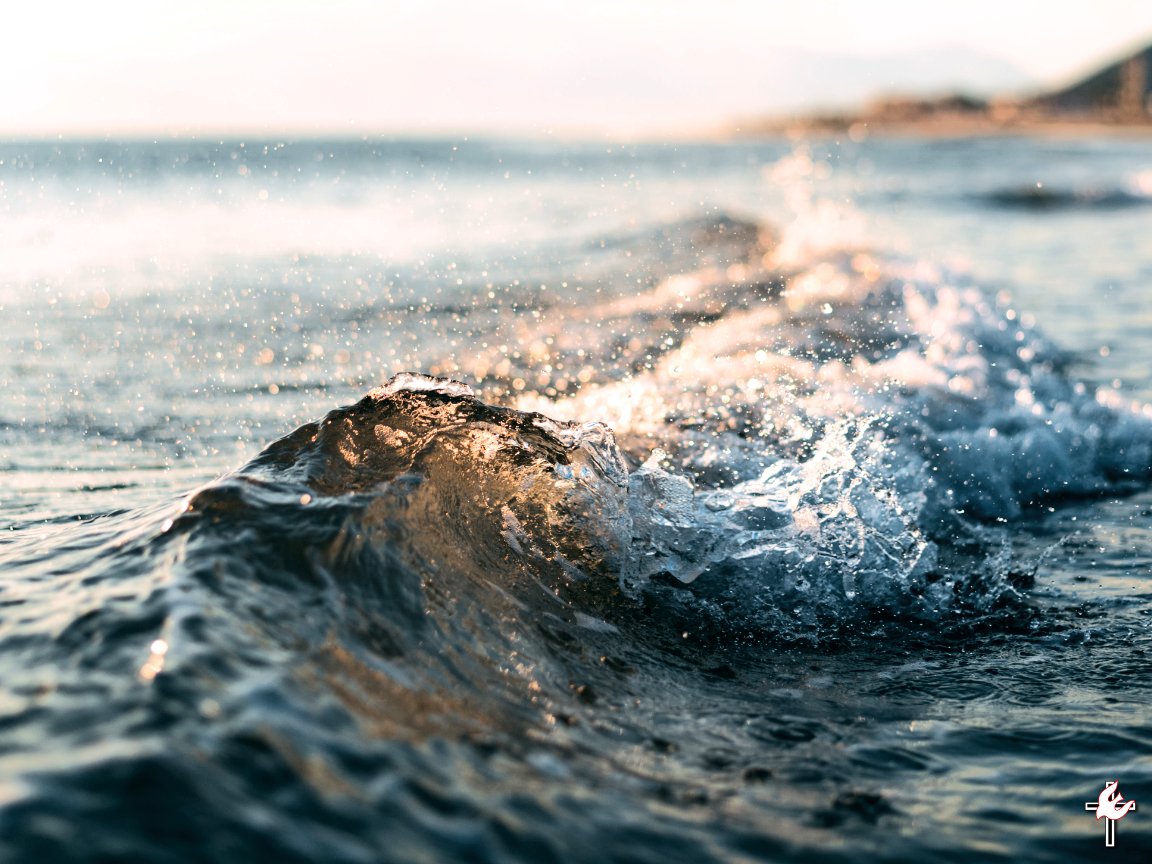 The Father’s master strategy for extending the Gospel to all nations and people on earth began with wave upon wave of the Holy Spirit to advance the Kingdom of God to all humanity starting in Jerusalem, and it will end with returning to Jerusalem.

The important concept is revealed to us in Acts 1:8, and indeed perhaps in the whole book of Acts.

“You will receive power when the Holy Spirit comes on you; and you will be my witnesses in Jerusalem, and in Judea and Samaria, and to the ends of the earth.”

Beginning with Pentecost, the Holy Spirit has worked in successive waves or pulses to advance the Kingdom of God.

This is crucial to understanding how we see our God is working in the first part of the 21st century.

Waves can describe the pattern

The great Reformed theologian Jonathan Edwards discerned this dynamic of the Lord advancing the Kingdom through pulses or waves of the Holy Spirit.

Edwards conceived of the Christian movement as a kind of army of spiritual liberation moving out to free the world from an occupying force of demons that had already been defeated in principle at the Cross.

According to Edwards’ postmillennial optimism, Christianity is destined to sweep outwards in a series of such pulsations until the whole earth is full of the knowledge and the glory of God, as the waters cover the sea.

These pulsations of the Holy Spirit are the pattern of God’s working in the book of Acts.

Peter himself prophesied these waves in his second sermon, laying out God’s strategy, in Acts 3:19-21. The strategy consisted of two parts:

The first “time of refreshing from the presence of the Lord” happened in Jerusalem at Pentecost, which initiated the Father’s campaign that “and repentance for the forgiveness of sins will be preached in his name to all nations, beginning at Jerusalem.” (Luke 24:47 NIV)

Other outpourings followed, each extending the Kingdom of God.

The first one after Pentecost took place in Jerusalem after the disciples had come under persecution.

“Now, Lord, consider their threats and enable your servants to speak your word with great boldness. Stretch out your hand to heal and perform miraculous signs and wonders through the name of your holy servant Jesus.” After they prayed, the place where they were meeting was shaken. And they were all filled with the Holy Spirit and spoke the word of God boldly.

It is significant that this outpouring with signs and wonders and empowered preaching took place so soon after the Pentecost outpouring.

This establishes the reality that while the outpouring of the Holy Spirit at Pentecost was an initial event, it was not to be seen as a single unique event, but rather the beginning of a pattern extending until the return of the King.

This also clarifies this usage of “filled with the Holy Spirit” as having the same meaning as the “Holy Spirit falling upon people for power.”

We see this same outpouring of the Holy Spirit taking place through:

The rest of the book of Acts is a picture of these waves or moves of the Holy Spirit, each connected with anointed individuals who are part of the Church, the Body of Christ.

The waves of the Holy Spirit continue

These waves or outpourings of the Holy Spirit have continued to take place throughout history.

They advance the Kingdom of God by bringing people into the purposes of God, empowering and equipping them to fulfill these purposes.

A review of Church history reveals this pattern of moves of the Holy Spirit and the advancement of the Kingdom of God.  (See Doug McMurry’s Teaching: Glory through Time)

During the first decades of the 21st century, we are seeing four major waves of the Holy Spirit converging in Jerusalem.

These waves of the Holy Spirit that are continuing the two thousand year westward blowing wind that started in Jerusalem.

God the Father’s intention is to flood, as with a tsunami, the world with a powerful transforming witness to the Gospel. (Acts 2)

These waves are as follows:

[These waves are documented extensively in the book Prayer Strategy for the Victory of Jesus Christ, by Brad Long]

Our Role as Intercessors

A role of intercessors is praying for and participating in these waves of the Holy Spirit.

All through the history of the advancement of the Gospel of Jesus Christ, the role of intercessors will be to pray for these waves and be a part of them as the Holy Spirit calls us to engage in them.

While these waves or pulses of the Holy Spirit come at God’s initiative, we do have a role in Him sending these waves.

He has decreed that we cooperate with Him by means of prayer.

This is modeled for us in the book of Acts where each wave of the Holy Spirit was preceded by the work of earnest prayer.

A good example is an amazing prayer meeting preparing for the outpouring at Pentecost.

“When they arrived, they went upstairs to the room where they were staying. Those present were Peter, John, James and Andrew; Philip and Thomas, Bartholomew and Matthew; James son of Alphaeus and Simon the Zealot, and Judas son of James. They all joined together constantly in prayer, along with the women and Mary the mother of Jesus, and with his brothers.”

This gathering together of the body–not just the apostles, but other men and women who were followers of Jesus—praying in one accord, is the model of our role in preparing for all future waves of the Holy Spirit.

In the case of the Holy Spirit’s wave of the Gospel to the Gentiles, the Jewish believers did not appear to know the Gentiles were even to be included and so apparently failed to have done the work of prayer in that direction.

Instead, the Holy Spirit stirred a Roman centurion named Cornelius to earnest prayer, which then opened the door for the Father to send the same kind of Holy Spirit wave which came upon the Jewish believers at Pentecost (Acts 10:1-4, Acts 11:15-16).

The lesson is that prayer ordinarily precedes moves of the Holy Spirit. Jonathan Edwards writes:

It is God’s will through His wonderful grace, that the prayers of His saints should be one of the great principal means of carrying on the designs of Christ’s kingdom in the world.

When God has something very great to accomplish for His church, it is His will that there should precede it the extraordinary prayers of His people; as is manifest by Ezekiel 36:37.

And it is revealed that, when God is about to accomplish great things for His church, He will begin by remarkably pouring out the spirit of grace and supplication (see Zechariah 12:10).

The above is adapted from Prayer Strategy for the Victory of Jesus Christ, by Brad Long where he describes the waves of the Holy Spirit that started in the City of Jerusalem 2000 years ago with Pentecost.  It has extensive references and documentation to support these current four waves.

In that book, you can learn how to pray with insight and power in cooperation with the Holy Spirit so that the Great Commission may reach fulfillment.