The Sheepfold House in Action! 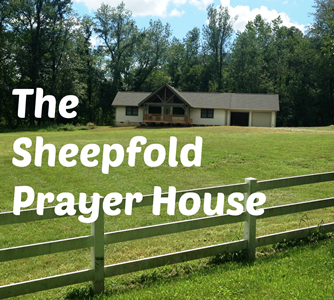 In early 2016, PRMI completed construction on the Sheepfold House, a place of prayer and an extension of the Community of the Cross in Black Mountain, NC.

In order to give the wider PRMI community a glimpse into the work of prayer that is taking place in this facility and the process of preparation that made this intercessory work possible, Suzi Gibbs (a PRMI staff member) and Beth White (a volunteer intercessor) have agreed to answer some questions about their involvement with the Sheepfold Prayer House.

I (Suzi) became involved with the Sheepfold Prayer House toward the end of the building process. Jeanne and I were there when the furnishings arrived (Beth Osgood left some furnishings for the house, too) and we unpacked and started getting things organized.

I have worked with Kay Blaisdell and Martha Server to understand the vision and concept for this addition to the ministry. 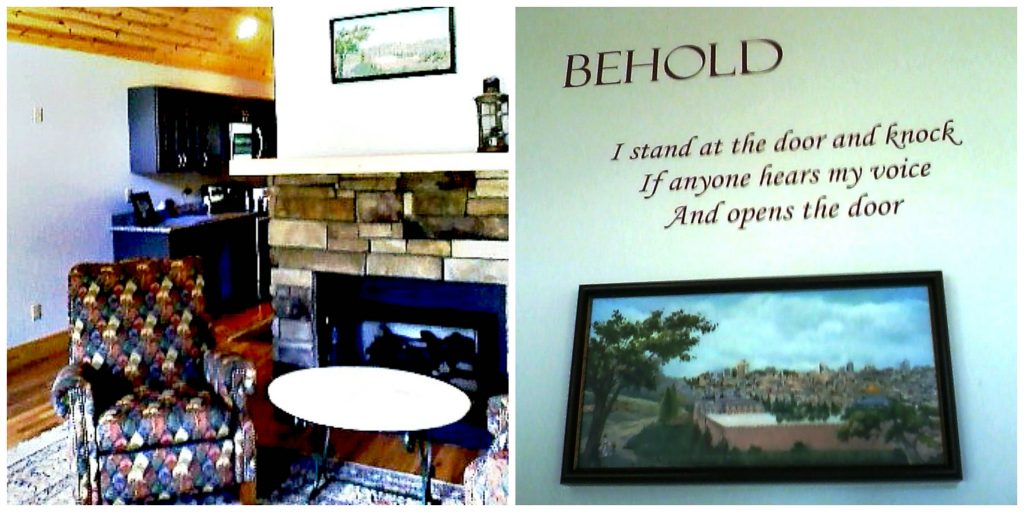 Currently, upon approval by Cindy Strickler, I schedule visitors for the house and make sure that the house and yard are maintained. My husband Darryl currently does maintenance for both the Community of the Cross’s log house and the Sheepfold Prayer House one day a week, which makes it pretty easy for me to ensure that things get done.

Other than that, I just hope to be involved in hospitality for those who come to stay at the Sheepfold Prayer House. 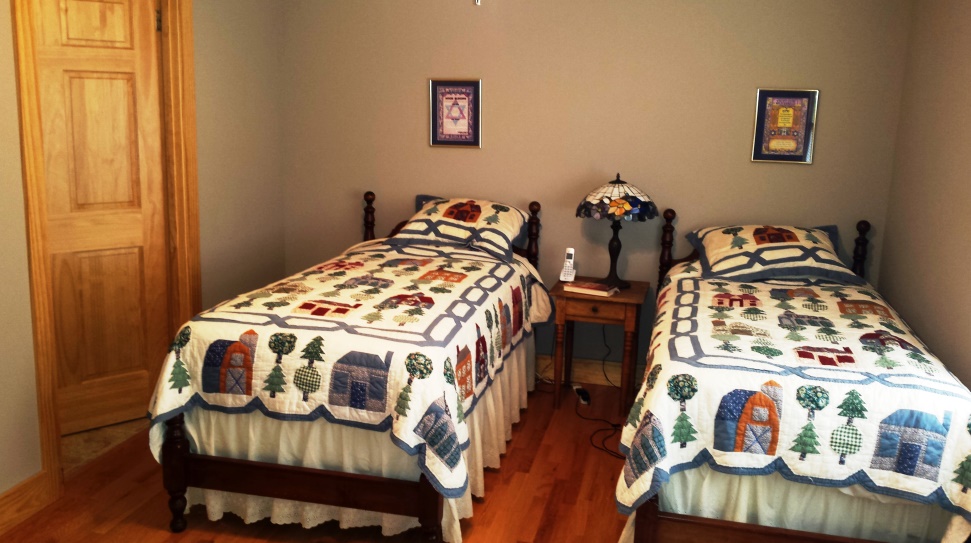 One of the lovingly decorated bedrooms in the Sheepfold House

Set Aside for Prayer

I think that the Sheepfold Prayer House will truly be an extension of the CoC’s prayer work. It will be a place for people to participate in the Intercessors in Residence Program more fully than they can now with only the log house–which is very much a multi-use building.

But we are in the house now, and the addition to the Community of the Cross campus has been very well received. We have had a few people stay and we are little by little getting some landscaping done.

The Sheepfold Prayer House is a beautiful, inviting place of prayer and I think that it will bless many for years to come.

I desired to be cognizant of and yielded to the Holy Spirit’s redirection. To begin, I prayerfully set forth a plan to work from which consisted of a specific time to rise each morning, and–following a somewhat monastic rhythm–scheduled the first of four opportunities for intercession and communion with the Lord at 7am.

I enjoyed this rhythm as it afforded me time to really become attuned to the Lord. I also felt the freedom to take time with prayer assignments.

I tended to spend about 2 or more hours in prayer at each scheduled time (except for the initial 7 am time). I also tended to linger longer and pray more extensively at the 7 pm time.

Having goals to move towards helped to keep me ‘on point’ throughout the day and week. In this way I also had built in allowances for interludes of rest and refreshing.

I think the challenge of five days (the time period I had committed to) that are completely unscripted can result in finding time slipping by quickly with the result, however unintentional, that less intercession takes place than had been intended for the time afforded.

I had also pre-arranged with the PRMI staff to meet with one of their members every morning at 8:00 am. I believe this was important for accountability, and they were also a wonderful resource for help if I was running into any issues.

As one of my prayer assignments was for PRMI, I also sought to hear about the heart of PRMI and to glean understanding as to how to pray alongside this ministry at this time.

I found that meditating on scripture and worshiping the Lord extensively are important aspects of prayer that both frame and launch intercession in a powerful act of communion with the Father, Son, and Holy Spirit.

I also found that as the week unfolded there were ebbs and flows, with the Lord sometimes re-directing my focus. There was a very affirming sense of the Lord’s shaping of the week.

I felt the Lord give me three specific assignments for prayer before I came.

Aside from having some accountability set up, as well as a structure that befits your personality and bent, three things come to mind.

I think that praying with others is a great way to grow, expand your prayer horizons, and serve others by sharing your own particular prayer giftings and anointings.

The second piece of advice is to journal!

The third is to change venues and modes of prayer throughout the time. I made use of the peaceful prayer porch and beautiful trails on the Community of the Cross property. I also spent time on the rocks by the creek.

Invariably, I was drawn to the front porch of the Sheepfold House at dusk; this porch looks out at the mountains and is enveloped in peace under a large cross which shines from a mountaintop in nearby Laurel Ridge.

The front porch of the Sheepfold Prayer House, the Swannanoa river, and the Prayer Porch

One more comes to mind: fasting along with prayer. I followed a regimen which helped keep prayer the focus, rather than time used in meal preparation and eating!

I was greatly affected by meeting and interacting with the people of the Community of the Cross and having their heart and mission poured into me, enriching and broadening my own perspectives in prayer.

I trust the Lord will be building upon these relationships and intercessory assignments in days to come.

Reading this Psalm, I was led to pray for mercy for those who are being used by the enemy, first and foremost for their salvation, and then for the Lord to interrupt and foil their wicked plans.

I was also led to take authority over the evil one and his emissaries, remembering that “we wrestle not against flesh and blood but against principalities…(Ephesians 6:12)” This passage also led to prayer that God’s strategies would be launched.

God put this verse strongly on my heart, leading me to pray that PRMI and the Community of the Cross would be led in God’s path, characterized by the crucified life.

If you would like to learn more about the work of prayer at PRMI in general and the intercessors in residence program in particular, please follow the link below and visit the PRMI website.