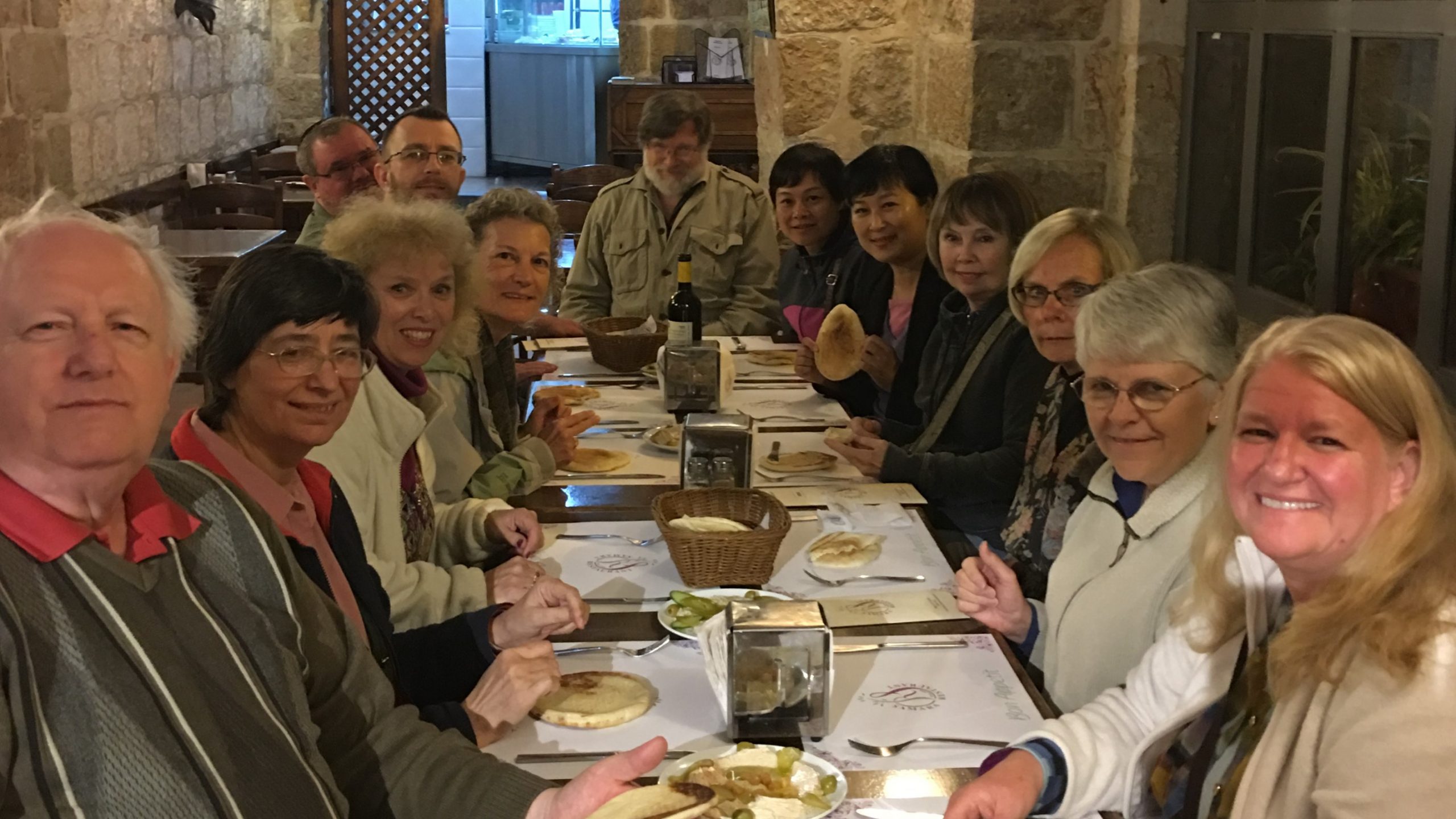 What is the Jerusalem Prayer Endeavor?

A trip to Israel? A visit with friends and partners in ministry? A pilgrimage? A prayer journey? A teaching conference? Spiritual warfare?

All of the above!

The Jerusalem prayer endeavor is not simple to describe. It is a multifaceted event and some of those facets only become obvious when you are in the middle of the trip.

Walking in the footsteps of Jesus

Any visit to the Holy Land brings the Bible into 3D!

Jerusalem  is the place where the gospel unfolded in real-time. It is the city in which Jesus was crucified, died and rose again on the third day.

This is where the feet of Jesus walked. The Bible become more real as you get a sense of some of the geography.

For example, one afternoon as we walked down to what would have been the house of the high priest, there is a set of steps leading down the hillside.

These are steps which Jesus would have been brought up after he had been arrested in Gethsemane.

From that location, you can look out across the Kidron valley to Gethsemane and get a sense of how long it would have taken for the soldiers to bring Jesus from there to the high priest. All that time Jesus was at the mercy of the guards.

With his hands bound, it was probably not a pleasant experience.

Being in the land allows the Bible to come alive.

We connected with Revive Israel, a Messianic Jewish ministry, seeking to build up the body of Messiah as a Spirit-empowered and Spirit-led community.

We had the opportunity to join them in worship and fellowship, and also to hear about the partnerships happening with Arab Christians.

We sat and listened to two young men, an Arab and a Jew, friends and ministry colleagues, share the joy of their friendship, the challenges of persecution and the dangers of ministry. But they also shared about the faithfulness of the Lord and the movement of the gospel, which continues to break down walls and bring people to salvation.

We gathered around these two men, “Isaac” and “Ishmael” and prayed that the Lord would continue to bless, lead and empower them in ministry. This was a beautiful visual picture of the one new humanity (Ephesians 2:13-22).

Walking as the one new humanity, Jew and Christian together is not easy.

These two cultures, which were the same during the time of Acts, are very different today. The enemy has done a wonderful job of separation and alienation.

With the addition of Rabbi Mark, a messianic Jewish Rabbi, to our team we sought to walk together as the one new humanity.

We watched and experienced aspects of being in the land through the eyes of our Rabbi friend.

We resolved to continue walking together, seeking to grow in a greater understanding and unity.

We experienced repeated attempts of the enemy, seeking to cause confusion and division within our team.

We had to continually ask for forgiveness and extend grace to each other as we journeyed together on this road of the one new humanity.

Doing the Work of Discernment

Israel, especially the city of Jerusalem, is ground zero for the spiritual battle between good and evil. So part of the purpose of the trip is to expose people to this battle and help them to see and discern the conflict.

The attempt by the devil to replace God (as if that was possible) can be physically seen on the temple mount as the Dome of the Rock stands in place of the Jewish temple.

This visual replacement can be seen but also at times felt. The narrow Jerusalem streets outside the Church of the Holy Sepulchre felt especially dark, threatening and nauseating, quite possibly due to the presence of the neighboring mosque and the frequent public curses pronounced from there, through the call to prayer.

Of course, the church itself was also a dark place. Religious spirits were present everywhere. People were seeking to have bottles of oil and candles blessed by placing them on a stone, which Jesus may have been laid upon. The spiritual atmosphere was very negative and dark.

The experience, although negative, revealed the work of the enemy in seeking to try and replace faith with superstition and even magic.

From Darkness To LIGHT

While we experienced times and places which were spiritually dark and evil there were also moments where we connected with the Lord in powerful ways.

One such moment was the garden tomb. This is a possible location for the crucifixion, burial and resurrection of Jesus. For several group members, this was a place of encounter with the Lord.

It was a place where the team celebrated communion.

Another moment occurred as we encountered the Lord through a meeting with an intercessor at the Christ Church guest house where we were staying. This intercessor had been living in Jerusalem for the past 4 years and was getting ready to leave for her home in Australia.

But before she left she knew she needed to be in contact with Brad, whose books she had picked up. As a team, we were able to pray for her and bless her as she transferred the mantel for praying for Christ church to the British members of our team, who have been praying for the work being done at Christ Church for some time now.

This Jerusalem Prayer Endeavor does not end with the return to North America or the United Kingdom.

The purpose in bringing teams to Jerusalem is that they would continue to pray and mobilize prayer after they return home. We want to encourage prayer for Israel, the Messianic communities and also prayer for the continuing spiritual battle in high level spiritual warfare which is so clearly depicted in the land.

The Lord is growing our relationships with people and ministries, through Christ Church and King of Kings in Jerusalem and Revive Israel.