Early in April we held Unit #6 of the Dunamis Project, Listening Evangelism, in Flushing, New York.

That completes our Dunamis Project series there which has been conducted in both Chinese and English.

Dunamis Project #6 pulls together all the teaching from the entire Dunamis course with its exclusive focus is on joining the Holy Spirit in dynamic cooperation to fulfill the Great Commission.

Admittedly, many of us are put off by the subject of evangelism.

First, we can be intimidated by actual faith sharing encounters where we intuit a lack of gifting in ourselves—“Billy Graham can do it, but not me!”

Second, learning a certain method of evangelism can feel canned, even insincere. In the end, as much as we know we should share the Gospel with others, mostly we prefer to avoid the discussion and the practice.

Praise the Lord! Listening Evangelism is an entirely different animal.

We learn to recognize the Holy Spirit at the center of it all. He is the Evangelist!

We are privileged to serve as His mouthpieces, His human witnesses to Jesus as the one and only Savior.

Our role is to learn to listen to the Holy Spirit, while listening to the person the Father has prepared for us to meet.

A divine/human convergence takes place where we learn to speak a few words of testimony in tune with the Holy Spirit’s leading.

Or the encounter lasts longer and we are privileged to help lead others to their Savior Jesus in prayer.

Whether we plant a few seeds or are on hand for the harvest, the results are amazing!

For us it becomes an incredible and humbling adventure serving in our Father’s Kingdom. We find ourselves set free to go with the flow of what the Holy Spirit has already prepared in us and in other people’s lives. 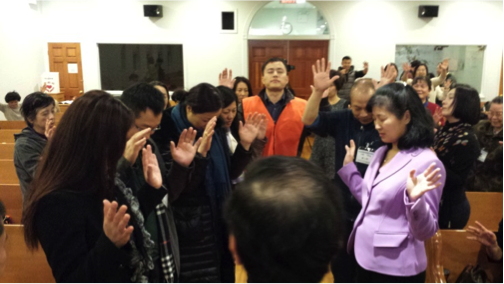 Lots of practice in small groups, sharing faith and praying for each other

While there is teaching that gives the biblical basis for this approach, the emphasis in this unit is learning to listen to the Holy Spirit, sharing our own story, and doing the work of prayer.

Then we take the wonderful risk of jumping into the river! We go out and listen to the Holy Spirit and practice. The stories that come back demonstrate that Jesus really does bring people into His Kingdom with this approach.

I want to share two highlights of this event.

First was Saturday morning when everyone was sent out two by two as witnesses. This was unique.

John Chang had been asked to be a part of a dedication service of a large Chinese Gospel Center right in the middle of Chinatown.  This service was managed by an evangelical group not very open to the dynamic work of the Holy Spirit. Closed, in fact. They refused to advertise our Dunamis Project in their paper.

But, as John has one of the fastest growing Chinese congregations in all of New York, they could not ignore him and chose instead to invite him to be the key-note preacher. Before the service, about fifty of the Dunamis Project participants arrived early to prayer walk around and inside the building.

Then, when John Chang stepped up to preach, with me interpreting into English, it was wonderful and most encouraging to John and to me, to look out over the crowd of 300-400, to see friendly faces, many praying for the out pouring of the Holy Spirit. Wonderful, yes, but extremely intimidating to me at the same time.

I was feeling like this would be impossible and that my Chinese would fail me. Also I knew that most people in the room were fluent both in Mandarin as well as English and if I got it wrong everyone would know. So I was very stressed!

As I sat praying, I felt the Lord say to me, “Just relax! This is my show for my glory! I will speak through both you and John to advance my Kingdom.” He did!

The Holy Spirit fell on us both, John in Chinese and me in English primarily, in wonderful unity.

To those gathered, largely evangelical and somewhat hostile to the Charismatic movement, John quoted the words of St. Paul.

1 Corinthians 2:4-5 My message and my preaching were not accompanied by clever, wise words, but by a display of the Spirit’s power, so that your faith would not be based on human wisdom but on God’s power.

As John read these verses from his Bible and began to preach on them, the Holy Spirit made His presence known. I observed astonishment on people’s faces. Gradually, I sensed their fears draining away. The Holy Spirit’s balanced and biblical presence and power glorified Jesus before their very eyes and hearts. We pray this will bring greater unity to the Chinese churches in New York. 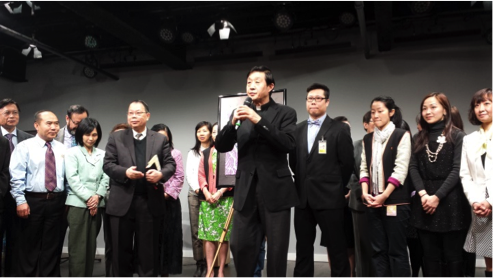 The formal dedication of the Gospel Center in Chinatown in Flushing, New York where John Chang was asked to speak and Brad Long interpreted.

Afterwards, those who were attending the Listening Evangelism Dunamis went out onto the streets of Chinatown to practice evangelism by listening to the Holy Spirit. How would He guide them to connect with those whose hearts He had prepared beforehand?

That afternoon we gathered back at our meeting place and listened for a couple of hours to the most amazing accounts of what the Lord had done.

From the many engagements the Holy Spirit orchestrated where Gospel seeds were planted, I share here just one story.

While they had been sent out two by two, a group of eight sisters and one brother found themselves together. They received the guidance that they should stay together right there on one street corner jammed with people. They began to sing gospel songs in Chinese and in English. Among the women singing, one had been a famous folk singer in China. All are members of worship teams.

The Holy Spirit fell on them. They exuded contagious joy and freedom—an electrifyingly attractive scene I can only imagine.

They set out no basket asking for money, so it made people even more curious to know what was going on. These evangelists reported to us with much laughter and amazement at how the Lord had worked through them to witness to a lot of people, including some tourists from England. They said this was so much fun and also so effective that they are going to recommend that at least once a month their churches set aside a day for listening evangelism.

We were all sowing Gospel seeds in the lives of people in whom the Holy Spirit is working what is often a long process of bringing a person to faith in Jesus Christ, to be born again and become his disciples so they too may join the great dance. As I listened to the reports and saw their joy of having been so greatly used by God, I was sure that this is what it must have been like in Luke 10:17, “The seventy-two returned with joy and said, ‘Lord, even the demons submit to us in your name.’”

Highlight Number 2 from the Chinese Dunamis on Listening Evangelism 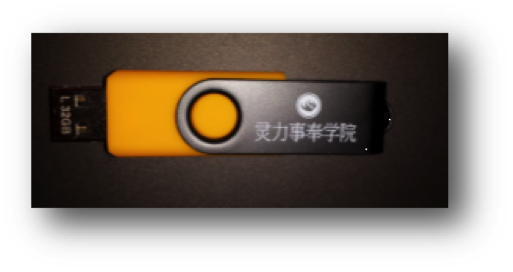 Another great highlight was prayer for China.

John and I shared the vision of the Mobile Dunamis.

We told the group that the first unit, Gateways, with video teaching, the complete workbook, and power point slides in simplified Chinese characters, has been copied onto a flash drive, duplicated many times over and already in use in China.

These are like windblown seeds to be used by the Holy Spirit to start Dunamis Schools in China where even two or three may gather in the name of Jesus. The purpose of all this is so that Chinese Christians may receive balanced biblical teaching on the Holy Spirit and be filled with the Holy Spirit to be empowered witnesses to Jesus Christ.

We shared with the group gathered the extraordinary openings the Holy Spirit is directing – invitations are coming to us from China. We asked them to pray for the Kingdom provision to undertake this mission. That provision is needed in several forms:

Of course this audience has a heart for China. At a strategic point in the meeting we began to pray, “Father, thy Kingdom come.” We prayed for the churches right there in that part of New York first.

Then we prayed for a lovely couple who had come all the way from mainland China to take part in the Dunamis and to invite a PRMI team to come and teach Dunamis to Christians in their region. Our prayer focus quickly expanded from their geographic location to include others across China.

Then, something amazing happened. Starting in the North, in Manchuria, John began to call out the name of a region, and all those who were from that area would then pray, “Father, thy Kingdom come” for that area. It is difficult to capture in words or photographs the power of this intercessory prayer. It turned out that every part of China was represented among those in that room. This would be like a group of Americans meeting in a foreign country to pray for the USA and finding that every state is represented within that one group! 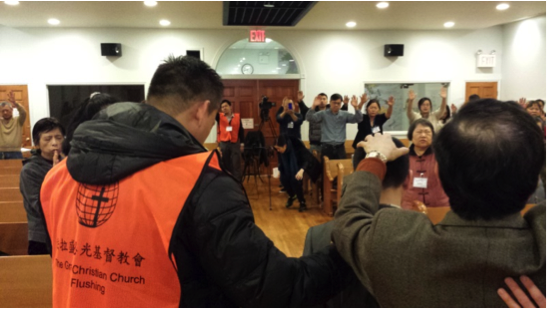 The work of prayer for every part of China by those actually from those regions of China is a tangible contribution toward fulfillment of the China Vision in which our Dunamis Project equipping on the Holy Spirit will be used to ignite and to keep balanced a vast movement of the Holy Spirit in China to equip Chinese Christians to evangelize their own nation and to take part in the Back to Jerusalem movement by taking the Gospel to the Muslim world. 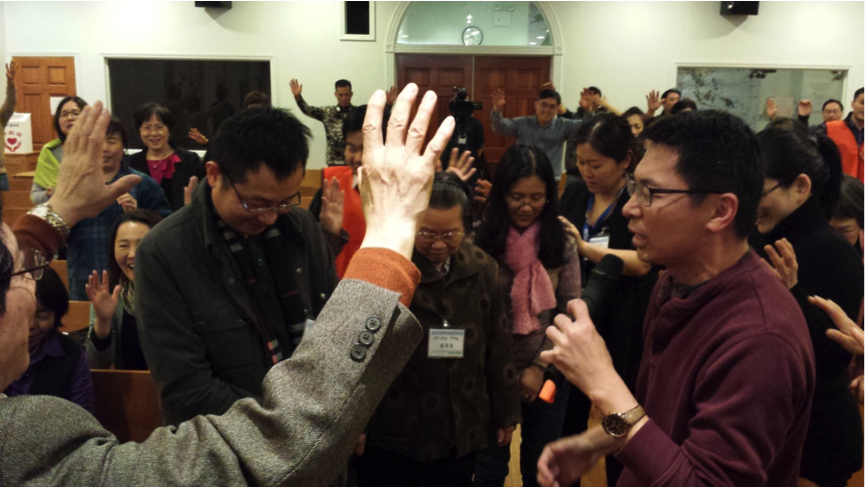 Please pray for the China Initiative and this opportunity to make the Dunamis Project completely mobile. We go to Taiwan, in May. A team goes to several locations in China in September. In November we launch an equipping base for Chinese leaders with Youth with a Mission Korea, and the Korea Dunamis Network. Our God is busy at work. Pray that as we continue to listen to Him and step out in obedience, He will bless our efforts to advance His Kingdom worldwide!