As the co-leader for this “Kingdom Advance” event, I must say that I regard it as a highlight of my year. Beginning a year ago, I distinctly sensed God leading me back into PRMI after ten years away from the organization.

My work had emphasized city-wide prayer, but beginning a year ago, God made it clear that PRMI has an important role to play in the advance of God’s Kingdom, especially in China’s Back to Jerusalem movement.

This was confirmed to me by an astonishing interview (by Skype) with a team from the Chinese-speaking world, who told story after story–how God was opening doors for the Dunamis material Brad and I wrote clear back in 1990.

This interview confirmed everything I had received from the Lord last year, and it should make everyone in PRMI proud to see how God is using the Dunamis teaching. 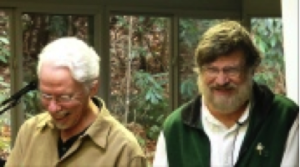 During the last 25 years, God has led me into researching the track record of the Kingdom of God for the last 2000 years.

The Kingdom Advance conference gave me my first opportunity to present this teaching to a broader audience than my own ministry in Virginia.

I believe the teaching will be posted on the Dunamis Institute website.

I wish to thank Brad for giving me the time; I felt that his teaching and my teaching dove-tailed perfectly: the track record of kingdom advance dovetailing with the strategy of the enemy in opposing kingdom advance. I believe everyone at the conference gained a much broader and clearer perspective of what the Kingdom of God is, and how we advance it.