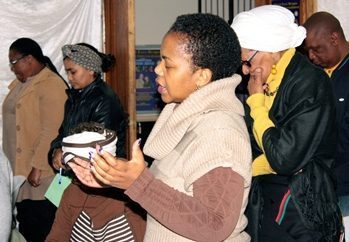 In July a team of six people, four from the Diaspora Dunamis in the UK ─ of whom three were African ─ and two from the USA, travelled to East London, South Africa to introduce the Dunamis teaching there. Team members included Funsho Oluro, Simon Fairnington, Danisa Moyo, Melinda Wilson and Cathy Little.

A Diverse Team for a Diverse Nation

The team were a healthy mix of ages, genders and colours! A perfect “fit” for the Rainbow Nation, as it was named by the man who would be its first post-Apartheid president ─ on the day in which he was released after 27 years in prison 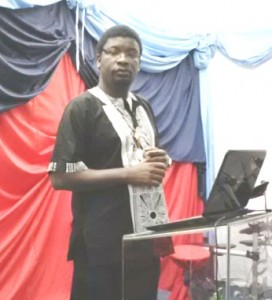 Many lives were deeply and profoundly touched by the Dunamis teachings (mainly Gateways and Gifts) and practical Spirit-led ministry. There were about 35 attendees who attended every night, Monday to Friday from 6pm to 9.30pm, after a hard day’s work.

Their devotion to the event was utterly moving and we are all deeply indebted to the congregation of Christ Ever Reigns Chapel International for providing us with a venue and most of the attendees.

We are also indebted to their pastor, Bishop Adio Peter and his leadership team for making all the logistical arrangements. 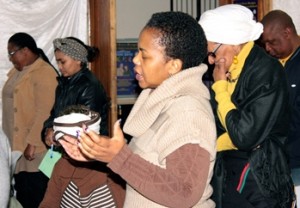 God was definitely at work in East London that week.

For example, outside of the Dunamis Pilot event, actually the weekend before the event, we were all at lunch in a shopping mall when by sheer God-incidence, a member of the Eastern Cape provincial Legislative Assembly was sitting at a neighbouring table.

Bishop Adio recognized him, went over to greet him and pretty soon invited me over to explain what we were doing there.

It turns out the legislator, a member of the governing ANC, Mr “Tommy” Matomela, heads an organization called Godly Governance Network or GGN.

He has a vision to funnel teachers and students in his province through some sound basic training on the person and work of the Holy Spirit and wants to establish a partnership with our ministry.

An Influential Attendee and an Amazing Opportunity

After attending some sessions of the Pilot programme, he brought along a friend, a retired bank manager who is the head of RAM (Revival Africa Movement), a growing band of musicians and intercessors committed to evangelizing the continent through music and worship.

The latter has arranged for me to have a 15 minute slot to promote our first proper Dunamis event, Gateways to Empowered Ministry in April 2013… at the biggest worship event in the Eastern Cape Province, which takes place on 28th September. They have offered to cover my ground costs for up to 10 days if we can raise my airfare.