My Ministry Transformed by Dunamis 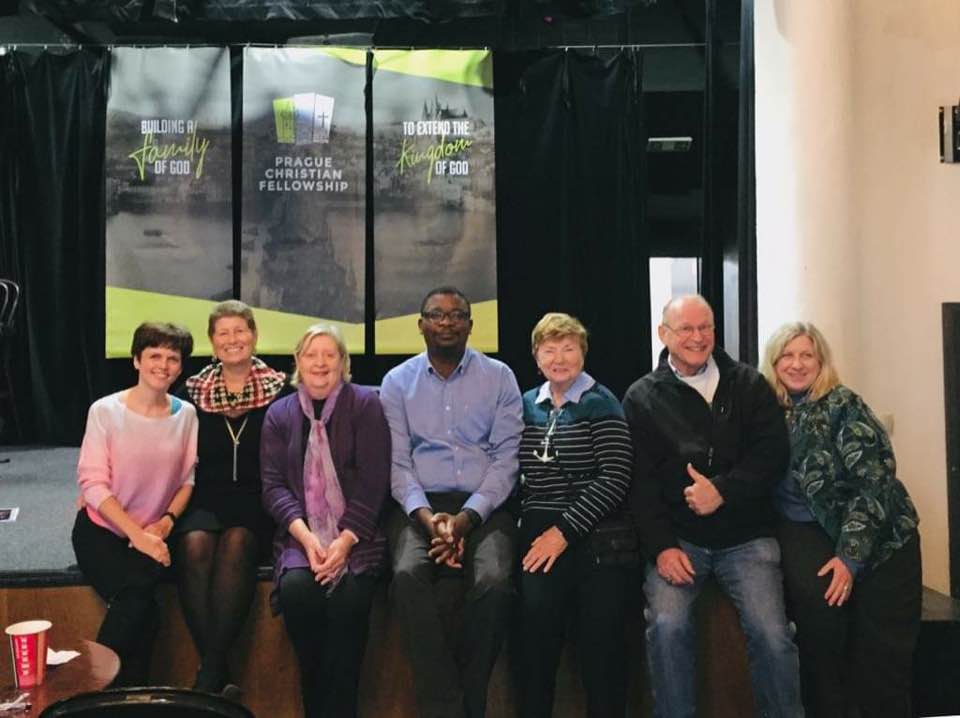 My name is Chris Haynes, and for over four years I have served as a missionary to the Czech Republic sent out from First Presbyterian Church of Norfolk, Virginia.

For much of that time I helped with an English-speaking international church in downtown Prague since Czech is a difficult language for English-speakers to learn.

In these years, as I have been learning Czech, I have been involved in outreach to Czech university students through English camps run by Scripture Union and by leading a small group Bible study in my apartment.

Though my Czech is now upper-intermediate, and I’m working with a Czech-speaking church plant associated with Tim Keller’s City-to-City outreach, what has transformed my ministry here is the Dunamis Course.

While I was in leadership at the international English-speaking church, one of the other leaders wished we could have a team come over from the U.S. to teach our church members how to learn how to use our spiritual gifts to advance Christ’s Kingdom.

I knew that Presbyterian Reformed Ministries International was a charismatic renewal movement among PC(USA) and other Reformed churches.

I read about the Dunamis Course thought that this would be the perfect answer to what our church leadership was seeking.

I was also concerned to get good biblically-grounded teaching as many in the leadership could be deeply influenced by the Prosperity Gospel and aberrant, extreme movements on the fringes of the charismatic movement.

When I asked about bringing a team, I was asked, “Do you really know what Dunamis is?”

I thought I did. I believed in the continuation of the gifts. I trusted the Scriptures that God healed today, that He set people free from demonic oppression, and that He did power encounters to bring non-believers to faith. I understood and believed that whole-heartedly. Yet… I had no idea what I was in for with Dunamis.

I have been through the first four Dunamis Projects here in Prague with a Dunamis team, three of the Projects in Estonia, and “In the Spirit’s Power” in Belarus.

I could go on and on with stories of what the Lord did in all those times.

The impact of the Dunamis Project I’ve seen

But how has Dunamis transformed my ministry and that of other missionaries here in the Czech Republic who have gone through the training?

I’ll share about how the Dunamis training made a difference at a couple English camps with Scripture Union. The camps are Christian camps with outreach to high school & college youth using English lessons with native speakers as the draw.

At the first camp, a Christian girl had been having nightmares and waking up hearing voices and footsteps late at night in the hall of the hostel where we had the camp. It was not normal.

She talked with one of the students from her church, and he told us about it.

We asked her if she would like us to pray for her.

Brian Sedgwick (the British missionary with Scripture Union who has been through Dunamis at the teaching in Prague and been a member of the team to Belarus), the young Czech couple who were leading the camp, and I set up a time for personal prayer ministry with her.

In talking with her, she mentioned how she had recently used a Ouija board with friends and since then had had these strange things happening.

We prayed for deliverance for her, that any spirits that cannot confess Jesus as Lord stop oppressing her and go to throne of Jesus.

After our time with her, she no longer had any of these dreams or weird experiences.

In fact, she went from being depressed and withdrawn from most of the other students to joining the worship band for the evening programs!

We were used by God to bring deliverance

A boy who had been talking with her is the son of a Czech Brethren pastor in Plzen. He was a junior leader at the two camps before this one.

He was already feeling sick before he talked to this girl, but after he suggested we pray for her, he became very ill. I thought the intensity of the on-set of him getting so much sicker so quickly could be a spiritual attack.

So we had a time of personal prayer ministry with him.

We prayed that if any spirit that cannot confess Jesus as Lord was attacking him, esp. any spirits that were connected to the girl who used the Ouija board, we commanded them in Jesus name to go to Jesus for Him to decide what to do with them.

We prayed to break any curses, spells, or hexes that may have been placed on him.

Amazingly, with our prayer, this guy got  significantly better over just a few minutes.

He was not completely healed because the spiritual attack had merely exacerbated the symptoms. Even so, the change was dramatic. He went from having a high fever, being nauseated, and having an unbearable headache, to minutes later just having a runny nose and “scratchy” throat.

One prayer encounter leads to another

This guy was also at the next camp, and on the Saturday afternoon, in between the camps, he was talking to me about the experience – so amazed at what the Lord had done for him.

He asked where Brian & I had received training for praying for healing and for spiritual warfare. I explained what the Dunamis course is. He asked about some of our experiences in Estonia and Belarus.

As we were talking, another Czech Christian girl overheard us and came and sat down with us. After a while, she interrupted us.

She mentioned how she had seen a horror movie about five years earlier. Apparently, she saw real people being murdered in the film.

Since then, every night she had had nightmares that were “demonic,” and intensely horrifying. She had never told anyone because she was ashamed of having watched the movie, and she thought that no one would believe her that she was having these dreams each night.

We set up a time of personal prayer ministry for her a couple days later.

When we met, we prayed to break any connection that any demons might be using to oppress her because of that movie. We commanded the spirits to leave in Jesus’ name.

Another adult Czech leader was helping us, a good friend of Brian’s named Aja. Wow. I have never seen anyone with the gift of the Word of Knowledge as powerful as she had.   Brian says that it is often hard for Aja to ride on public transport because the Lord tells her things about each person.

As we were discerning the names of the spirits to leave in the name of Jesus, the Lord told her clearly what each spirit was and why it thought it could attack and oppress the girl. But, Aja did it so humbly, so calmly, so genuinely.

Anyway, later in the week as we were saying farewells, this girl we prayed for came up to me.

“Chris, I want to thank you for believing me and praying with the others for me. For the first time in five years, since you all prayed for me, I have not had the nightmares and I’ve slept all through the night every night.”

It was a powerful testimony to Jesus, who by His death and resurrection, is victorious over sin, death, and the works of the devil.

Grateful that the Dunamis Project has come

I am so grateful that the Dunamis Project has come to my part of the world.  Teams continue to come thank to the Dunamis Fellowship Britain and Ireland who came to visit in the fall of 2018.

May the Lord continue to use you to invest in us, that we might do the work of advancing the Kingdom of God.