Today we spent our time laying the foundation of Biblical truth and understanding upon which the practice of Spiritual Warfare for Kingdom Advance must be built.

Before I get into that I have to comment on an interesting experience I just had at dinner. 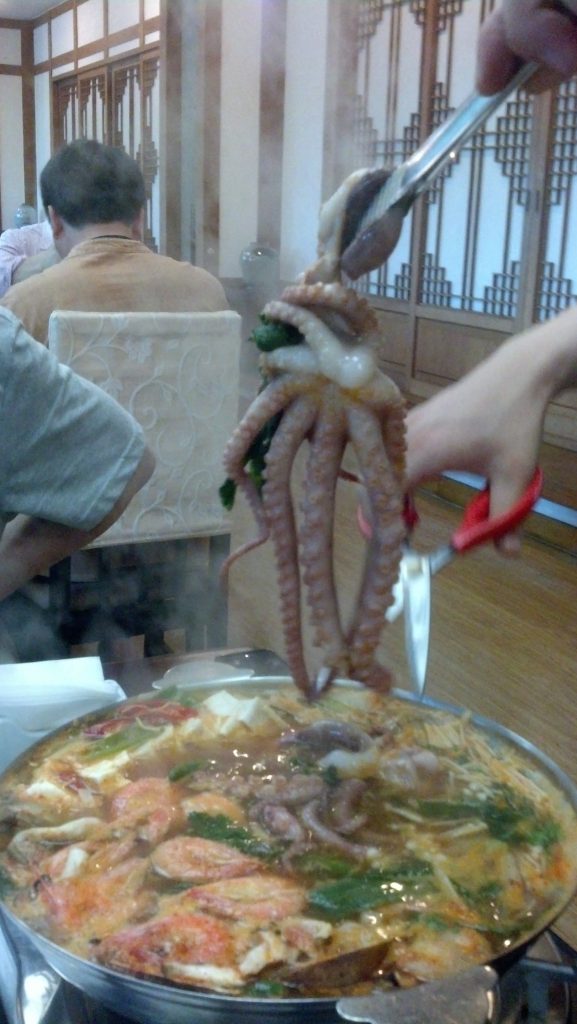 We sat down to a dinner of seafood soup. In this case the featured seafood was octopus. Last year I managed to “enjoy” the same dish despite some significant misgivings. Tonight I remembered that it wasn’t so bad last year. So, I dug in. AND, I LIKED IT! I’m not sure if this is a good thing or not. Oh well. Back to the Dunamis workshop.

We started this morning with a discussion of the Kingdom of Satan (doesn’t that sound like fun, and I got to teach that session). We don’t want to dwell on or glorify the enemy but we do want to understand the nature and “whiles” of our spiritual opponent. I mentioned that one of the many reasons that General Patton beat General Rommel in the North African desert campaign in World War Two was that Rommel had written a book describing his tactics and strategies for armored desert warfare after the first World War and Patton had read Rommel’s book. Patten studied and understood his enemy.

We went on to study how we as Believers should prepare for our participation in spiritual warfare. Our emphasis is always on drawing close to Jesus Christ and on walking in the light. Clearing sin and healing woundedness is also an important aspect of preparation.

Our last teaching session took a look at what the Bible says about attacks that come against us from outside forces. We first drew a distinction between such forces as our own sin and fallen nature, forces from which we might experience warfare from within and forces such as the Devil, the world and the structures of society that can become a source of attack from without.

Father Ben Torrey has done a magnificent job with the teaching yesterday evening and today. The rest of the teaching, tomorrow, Thursday and Friday morning is all mine.