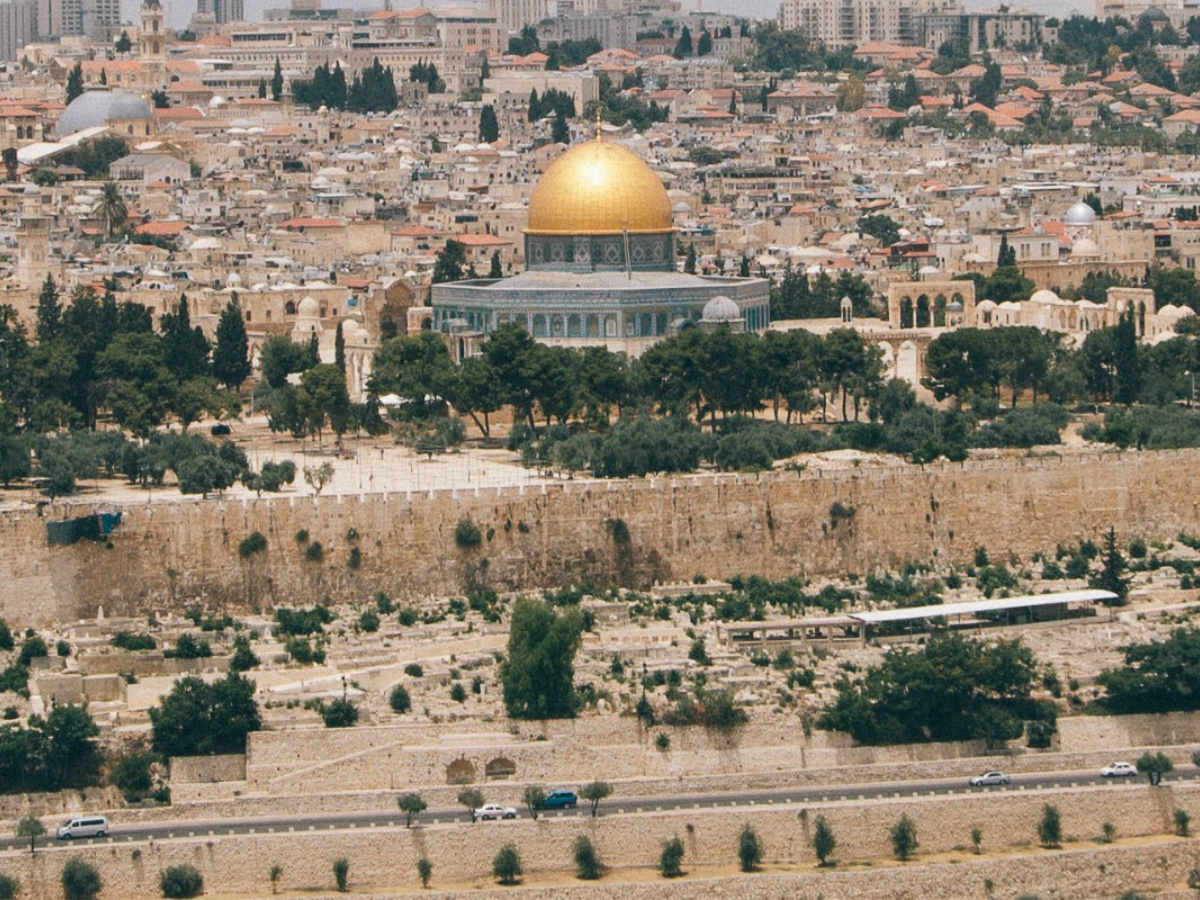 The November 2016 Jerusalem Prayer Endeavor in Israel was an amazing time of learning and engaging in the actual prayer tactics of cooperating with the Holy Spirit in advancing the Kingdom of God and defeating demonic strongholds.

More than a Tour

Seeing the actual places named in the Bible and walking where Jesus may well have walked is an astonishing life-changing experience.

But when we add to that intentional equipping on God’s plans for fulfilling the Great Commission and Satan’s plans through Islam to block those plans, then move into prayer engagements in this epicenter of the spiritual battle, it becomes a transformative experience.

When we first arrived in Israel and were forming our team in the tranquility and safety of the Yad Hashmona Guest House in the Judean hills about seventeen miles outside of Jerusalem, I taught on the convergence of the four great waves of the Holy Spirit on  the city of Jerusalem. We experienced the first two waves for ourselves:

When we moved into Jerusalem at the Christ Church Guest House at the Jappa Gate in the Old City–which was to be our prayer base for five days–we experienced firsthand the reality of these mighty moves of God.

The first was joining in the Jewish Messianic Worship services at King of Kings. To meet and see our Jewish brothers and sisters who have been born again through faith in Jesus is just amazing.

It is a powerful confirmation that promises of the prophets made in the Old Testament as well as the hope expressed by Paul in Romans 11 of the Jewish people coming to faith in Jesus Christ are coming to pass in our own time.

The second amazing event was meeting a  large group of Chinese Christians at the Garden Tomb of Jesus. I (Brad) speak Chinese, so I was very excited when I kept running into groups from Taiwan and then–at the Garden Tomb–a group of perhaps fifty from Mainland China.

I could not resist and went up and spoke to them in Chinese. They were very excited.  The Holy Spirit fell upon me and I said in Chinese that Jesus was the resurrection and the life!  They all  responded with rejoicing in Christ.

The Spirit Falls at the Garden Tomb

Then an amazing thing happened. A spirit-led worship service broke loose, with one of the members of the group grabbing my arm, giving me a hug, and blessing me in the name of Jesus.

Then, with a very good voice, he started to sing a Chinese Hymn about the depths that Jesus suffered on the cross for our salvation. It was wonderful! Then we sang a hymn in English.

All this took place in front of what may have been the actual empty tomb of Jesus Christ.

Confirmation of the Second Wave

This all was  a powerful confirmation that the Holy Spirit really is bringing those who use chopsticks back to Jerusalem. The evangelical English tour guides at the Garden Tomb told us that two years ago there had hardly been any Chinese visitors.

“Now every day there are many Chinese from Taiwan, Hong Kong, and a flood from China”

The Work of Intercession

This was some of the fun part!  But, we were also called into the gap to do the work of intercession to defeat the demonic strongholds that Satan is raising up in order to defeat God’s redemptive plans.

Breaking the Curses of Death

One of the things that I taught on was the way that Jesus calls us to join him as he breaks the curses of death that Satan is speaking against Jews and Christians through Radical Islamist leaders.

These are all part of Satan’s horrendous plans through the strongholds built on Islam to replace God’s way of salvation, revealed in the Old and New Testaments, with the deception of Islam. And most horribly to bring a genocide of Jews and Christians who do not submit to the tyranny of Sharia Law.

I gave teaching on this terrible topic along with the prayer tactics of how to break these curses.

Later, most of the group went to visit the Holocaust Museum where we could see the terrible effects of Satan’s death curses  that were spoken through Hitler.

It was a stunning experience that called us into the prayer battle that is needed to prevent these terrible curses of genocide from being fulfilled.

There was much more to the trip, and each of us was profoundly affected. Below are reports from two of those who were part of this endeavor. They tell you in their own words how this event has changed them.

Here are just two who were on the trip: