There have been missionaries laboring for many years in Japan but it is reputed that Japan is one of the most difficult mission fields in the world. And it is true when compared to China or to Korea it seems that the seeds of the Gospel have fallen on sterile ground in Japan.

Frankly, if you review carefully the history you will find that one of the problems was not the soil of Japan but rather the seeds of liberalism that were sown in the church instead of vital orthodox Christianity.

It is little wonder that despite monumental efforts of missionaries and Japanese Christians there has been little fruit.

But that is changing!

For the last 15 years there has been a move of the Holy Spirit in the very liberal United Church of Christ in Japan.

These streams of awakening have been gaining strength as well as breadth and depth over the last three years that PRMI has been asked to provide an annual Dunamis equipping event.

We just finished Dunamis number three on the power of prayer. The team, led by Cindy Strickler, with Steve Thayer and John Chang, has recently returned with amazing reports of the move of God.

Many intercessors scattered across the United States, Canada and England have been intensely engaged in prayer. Martin Boardman, a pastor in Alberta, Canada, has been leading this intercessory prayer effort. He just sent the following summary report. We give praise for what God is doing in Japan.

Thank you for being a part of the offsite intercessory team for the ministry in Japan. Your intercession and prayers were a vital part of the work which the Lord did during the week there. Thank you again. Here is a praise report from Cindy and Steve. 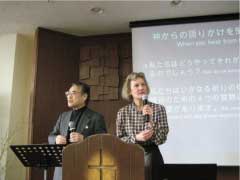 For me the highlight of the week were the two times we had people in small groups (and a larger group) praying. The first was an exercise after the teaching on asking in the name of Jesus, asking in faith and asking in agreement.

When we debriefed their prayer time people were so excited that every single group wanted to share how they were led to pray (getting guidance and following the Holy Spirit).

I have no doubt that some strongholds were dismantled that day and that there will be fruit from this time of prayer.

The other high point for me was the concert of prayer that we led them in on Wednesday night. Watching them move from praying for personal revival to praying for congregations to praying for revival in Japan was incredible to watch.

We debriefed the next morning and they were excited about the model of prayer they experienced (and can use in the future) and the sense of hope for Japan. Praise God for how He is moving in Japan. And I am humbled to have been a part of it!

God was at work during the Dunamis event. The Holy Spirit knit together the team (along with our translator) so that we not only worked harmoniously, but were able to complement and build upon each other’s strengths and gifts. The Spirit had obviously directed the decisions as to who would teach or lead each session. I felt strongly empowered and anointed for teaching and leadership throughout. The participants (especially the pastors) displayed a hunger for the material and entered fully and enthusiastically into all we did. On Wednesday evening we had a concert of prayer for revival in the church and awakening in the nation of Japan. I sensed God’s Spirit being poured out upon the gathering for intercession. Though this was a new model for many of those present, much fervent prayer resulted. There were also a number of opportunities to pray with a number of pastors and participants. God showed up to minister on these occasions.

Father I thank you for the work you did in the hearts and lives of the participants of this Prayer Dunamis and for the work you have been doing and are continuing to do in the nation of Japan. I pray for a revival and awakening for the nation of Japan and for the advancement of your kingdom among the Japanese people so that the name of Jesus may be lifted high. I pray that you will continue to seal what was taught during the week in the hearts of those who attended and that you will continue to draw them deeper into your love and your heart, equip them to be people of prayer and intercessors for your work in Japan. I thank you for each of the offsite intercessors who prayed for this mission trip. Bless them and refresh them along with Cindy, Steve and John. Lord I praise you for your faithfulness and for your abundant blessings. In Jesus name, Amen 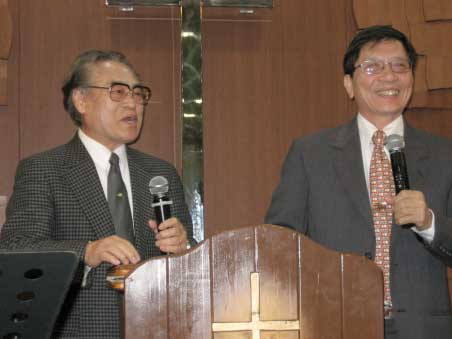 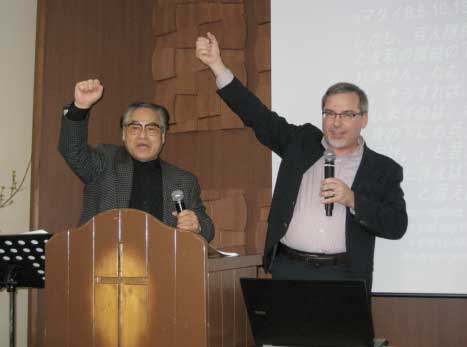