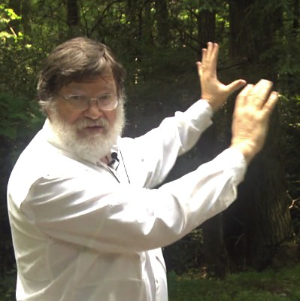 As plans to build the Prayer House on the ridge were moving forward, we’ve encountered huge and unexpected challenges with current fire codes and the site on the ridge.

These challenges were prayerfully taken up by the PRMI Board and Leadership team at the August 2017 Board meeting.

After much prayer the decision was made to move the site of the Prayer House closer to the other buildings at the Community of the Cross. See the videos of Brad Long explaining the reasons for the change, a glimpse of the new site and a word from Bill Gestal, PRMI Board President.

Video by Brad Long: WHY MOVE?

Bill Gestal, PRMI Board President offers his perspective on this decision.

I commend to you these videos by Brad sharing our story about moving the location of the Prayer House.

It is a case study in continuing the dance of the Holy Spirit for those who are Spirit-filled and seeking the Lord.

The information from the Fire Marshall regarding the new building requirements for the original site only came to light about a week before the summer PRMI Board meeting and was a complete surprise for leadership and board.

Thankfully we serve a God who was not surprised. Our God did, does, and always will have all things in control. He is sovereign. By the time the board gathered on August 14, 2017, the Lord had already spoken with Brad about the location move. Then during the meeting we set aside ample time to listen:

Finally, we prayed, discussed, prayed, listened, and wrestled as a board. Ultimately God spoke clearly to us as He had with Brad and we embraced the new location for the Prayer House and the watchtower concept on the original site.

As I watched God work in and through us as a board, I was reminded that death is not an end for those of us who are in Christ. For us, death is a prelude to resurrection. And the Lord resurrected in us as a board an expanded vision for prayer at the Community of the Cross.

The new location will bring the Prayer House down near the activity center of the Community of the Cross, easing access to the Prayer House considerably, which by God’s grace will likely increase intercession going out from that place fulfilling its role as a hub of intercession.

I hope you will join us –the PRMI Board and International Leadership Team– and embrace this expanded vision for prayer at the Community of theCross. And that you will support its completion with your prayers and finances.