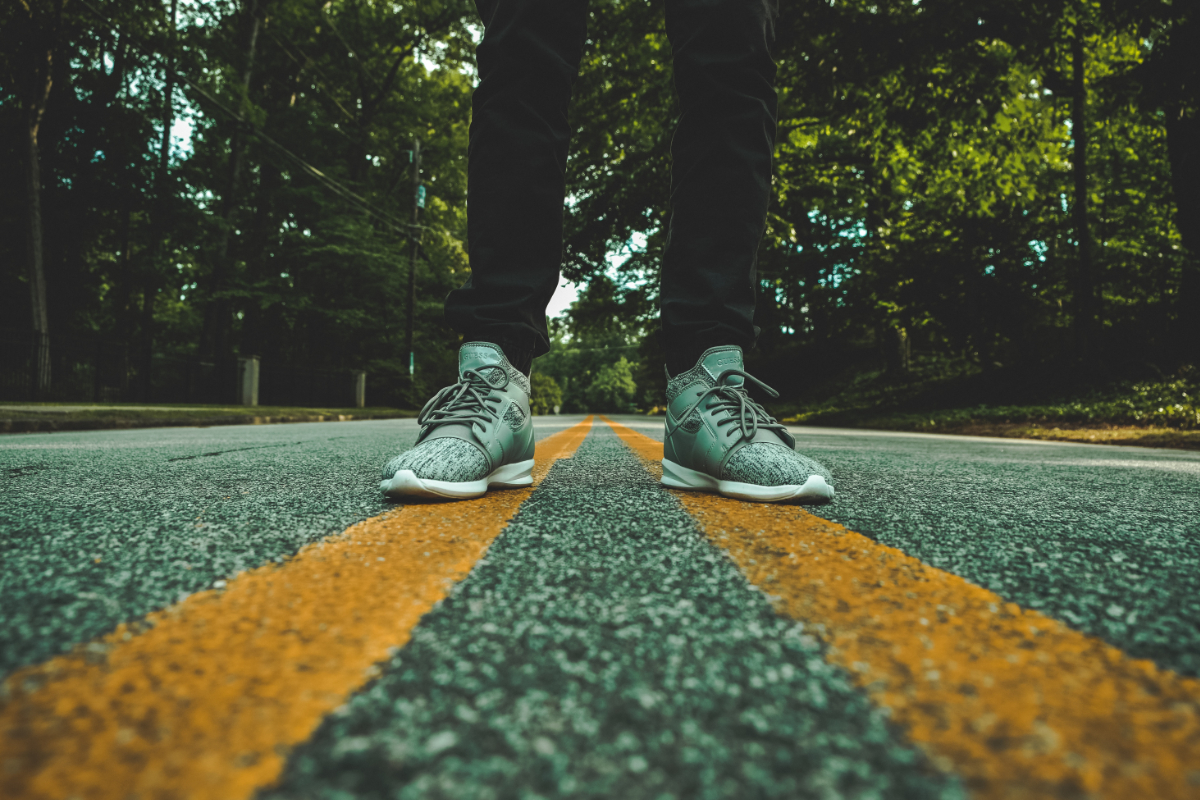 Those involved with PRMI who are part of the Presbyterian Church (U.S.A.) need special prayer right now!

In 1978, Presbyterian Charismatic Communion (PCC), which later became Presbyterian-Reformed Ministries International (PRMI), took significant leadership in developing what became known as the “definative guidance” on the issue of homosexual practice and the Church.

This was an excellent document—basically a Bible study on what the Bible reveals about God’s intentions for sexuality. From that time until now the liberal progressive movement in the church has persistently fought against this statement.

Over the years, PRMI and its leaders have taken many prophetic stands. Also, consistently we have presented the love, grace and healing in Jesus Christ in the power of the Holy Spirit for all those in bondage to sin of whatever kind.

The real issue has never been about homosexuality, but about the authority of Scripture and the nature of the Gospel of the grace of Jesus Christ. The war has been over what is the Gospel and who is the Lord of the Church—Jesus Christ or human wisdom and opinion and gods of our own making.

In 2005, there was a major battle, indeed the decisive battle in this war.

This was around the Peace, Unity and Purity of the Church report.

PRMI joined all the other PC(USA) Renewal groups in fighting against the Report, which was never submitted to a vote in the Presbyteries where it would have been defeated.

Instead it was, declared by one General Assembly to be the “authoritative interpretation” that rejected the 1978 statements and all others. Basically, this was the decisive battle in this war and the liberal progressive movement won.

The rest of us, those upholding the authority of scripture and the grace Jesus Christ, lost!

After this total defeat, the Lord gave the leadership of PRMI the clear guidance that we were to simply keep moving forward with advancing the Gospel of Jesus Christ and fulfilling the vision we had been given. We were no longer called to send prayer teams to the GA or to speak prophetically to a church leadership that has steadfastly and persistently rejected all that we and the rest of the evangelical renewal groups, congregations and presbyteries have said about upholding biblical faith.

So we focused our energy on engaging in the work before us as defined in our vision statement.

And, God has blessed this ministry with thousands of people and hundreds of congregations in North America (many of these are part of the PCUSA) and around the world.

This year the liberal progressive power structure has continued to consolidate the victory won in the PUP Report with a number of actions, the most dramatic so far is removing from the Book of Order the summary of the 1978 definitive guidance that called for all those ordained to offices in the church to uphold biblical standards of sexuality.

While there is great celebration among liberals about this, and they see this as a great advance of inclusivity, it is actually one more denial of our biblical faith in Jesus.

Many wonderful, faithful Christians are in the Presbyterian Church (U.S.A.) and many are struggling now with what to do now that the church has taken such an obvious step in defiance of the clear teaching of scripture.

I am an ordained pastor in the PC(USA) and I, like many, have struggled with what to do next. For me, I have adopted (with a minor revision) the statement made by the Presbyterian Renewal Network of which I am a member. Their statement is “Here We Stand.” My statement is “Here I Stand.”

I offer it here not as a formal statement by PRMI but as a personal statement of defiance. I offer it here in hope that it may prove helpful for some of the rest of you who are also seeking guidance about how to respond to this tragic development in the church.

As of today May 10, 2011, a majority of the presbyteries in the Presbyterian Church (U.S.A.) decided to remove from its Book of Order the ordination requirement of “fidelity in the covenant of marriage between a man and a woman, or chastity in singleness.” These words that have been removed by this vote reflected the clear teaching of Scripture from beginning to end, and are affirmed by our Reformed confessions. They are affirmed also by the Church throughout history and around the world.

Because of some interpretations given to the substitute language 2, there is already an assumption of many that the change opens the way for the ordination of persons living in relationships—including homosexual relationships—outside the bonds of marriage between a man and a woman.

The vote, however, does not change the will of God expressed in Scripture. As Presbyterians, we proclaim our ultimate allegiance is to Jesus Christ, as he is revealed in Scripture, and our intent is to be obedient to him. We recognize that we are accountable to the Lord of the Church for our behavior, including our sexual behavior, and that the Church is responsible for including this truth in its proclamation.

I further declare that I am called to repentance from every form of idolatry and from every other sin that seeks to rule us individually or corporately, including sexual sin and the temptation to accept sexual sin as permissible.

I further declare that we Christians are called to hold each other accountable to the standards, the teaching, the grace and truth, of the Scriptures and the Confessions, even when the counsels of the church err.

I concur with the Scotts Confession 3:

So far then as the council confirms its decrees by the plain Word of God, so far do we reverence and embrace them.But if men, under the name of a council, pretend to forge for us new articles of faith, or to make decisions contrary to the Word of God, then we must utterly deny them as the doctrine of devils, drawing our souls from the voice of the one God to follow the doctrines and teachings of men.

I choose to proclaim the Gospel to those in darkness, even in my own denomination, and to seek their repentance and restoration to life in our Lord Jesus Christ.

As a Christian, I am committed to following Jesus Christ. I dissent from those governing councils that are instituting these policies that are contrary to the Word of God.

As a follower of Jesus Christ, I will build up, support, participate in, submit to and give my allegiance only to those bodies that are upholding the Gospel of Jesus Christ as revealed in Scripture.

As a Christian committed to following Christ, I call the Presbyterian Church (U.S.A.) to repent of this recent action that conforms to the desires of the flesh rather than yielding to and upholding the transforming power of the Holy Spirit, by which she is conformed to Christ.

1 – Most of the following text was worked out by a team of the Renewal Network, which I concur with; however, I have made this document my own with some of my own additions. The document that has been publicly released with my signature attached as well as many other renewal leaders in the PC(USA) is titled “Here We Stand.” My version is “Here I Stand.” May 11, 2011 – Dr. Zeb Bradford Long

2 – From an interpretation provided to the Presbytery of St. Augustine by its Stated Clerk, also a member of the Advisory Committee on the Constitution: “If a candidate is presented to the session for examination, and that candidate acknowledges that he or she is sexually active outside marriage, the session must (1) examine the candidate and hear the answers he or she makes to specific questions about faith, discipleship, and manner of life, (2) hear any objections of conscience to provision of the Constitution the candidate may offer, and 3) determine if those objections constitute in its view a violation of an essential element of Reformed faith or polity.   Only then can the session determine whether or not it believes that the candidate, in light of his or her statements, has “the ability and commitment to fulfill all the requirements as expressed in the Constitution.”

3 – Scots Confession: Chapter 20 – Scots Confession General Councils, Their Power, Authority, and the Cause of Their Summoning
As we do not rashly condemn what good men, assembled together in general councils lawfully gathered, have set before us; so we do not receive uncritically whatever has been declared to men under the name of the general councils, for it is plain that, being human, some of them have manifestly erred, and that in matters of great weight and importance. So far then as the council confirms its decrees by the plain Word of God, so far do we reverence and embrace them. But if men, under the name of a council, pretend to forge for us new articles of faith, or to make decisions contrary to the Word of God, then we must utterly deny them as the doctrine of devils, drawing our souls from the voice of the one God to follow the doctrines and teachings of men. The reason why the general councils met was not to make any permanent law which God had not made before, nor yet to form new articles for our belief, nor to give the Word of God authority; much less to make that to be his Word, or even the true interpretation of it, which was not expressed previously by his holy will in his Word; but the reason for councils, at least of those that deserve that name, was partly to refute heresies, and to give public confession of their faith to the generations following, which they did by the authority of God’s written Word, and not by any opinion or prerogative that they could not err by reason of their numbers. This, we judge, was the primary reason for general councils. The second was that good policy and order should be constitutes and observed in the Kirk where, as in the house of God, it becomes all things to be done decently and in order. Not that we think any policy of order of ceremonies can be appointed for all ages, times, and places; for as ceremonies which men have devised are but temporal, so they may, and ought to be, changed, when they foster superstition rather