Testimony to the Healing Power of Jesus Christ 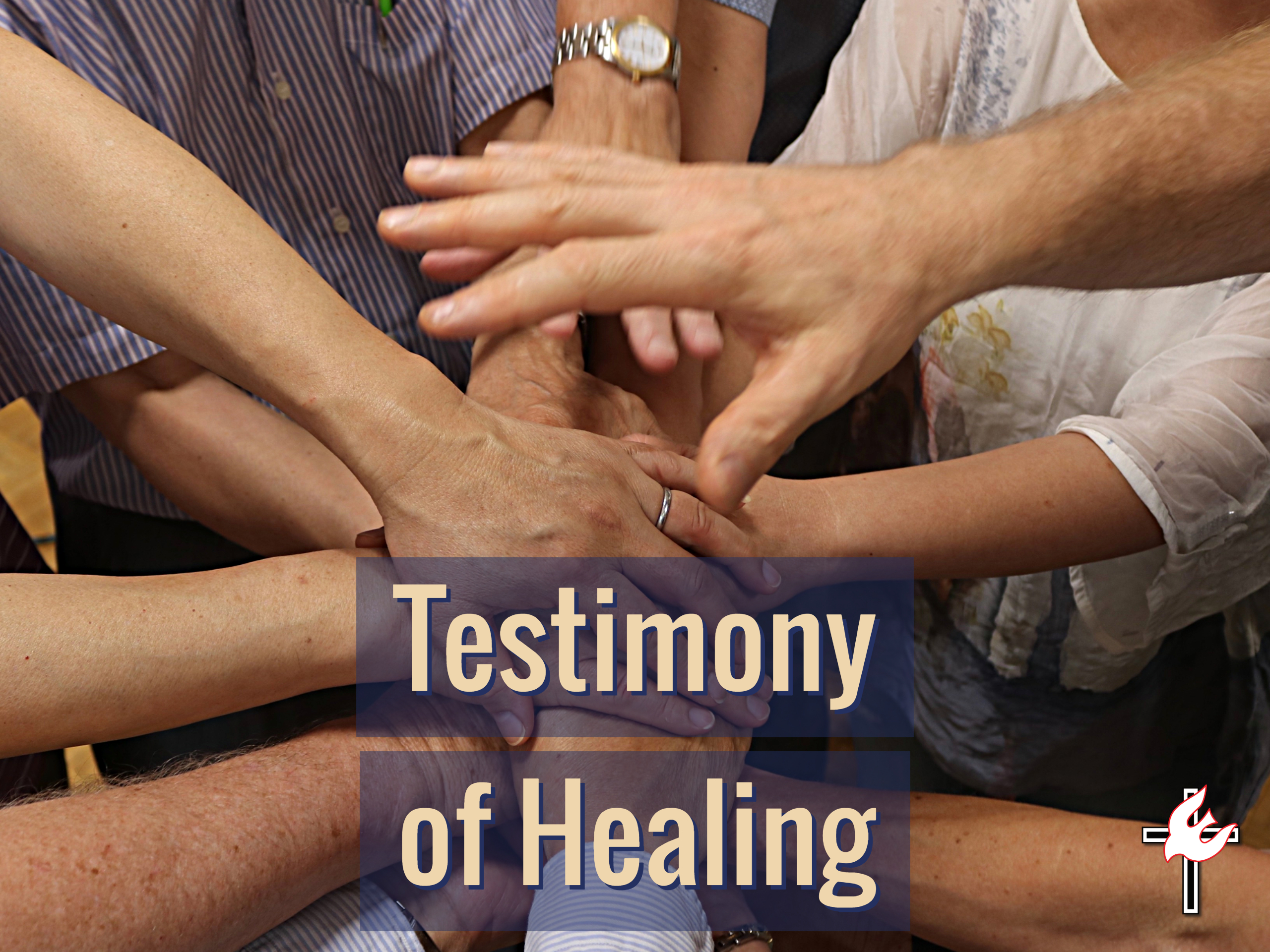 During the Healing Conference in January, a college student received prayer.

At the recent Dunamis Project in Grand Rapids she shared her testimony of a doctor-confirmed healing .

Hear Jeanne Kraak’s report in the video below:

Sara (the young woman) also recounts the story in her own words.

Near the end of my college freshman year, I ended up in the emergency room with severe abdominal pain.

That was the start of an almost 2-year health journey of constant abdominal and pelvic pain.

I couldn’t continue living in this pain, so I called my doctor about having further surgery while also looking into the option of going to the Mayo clinic.

The Mayo clinic was the first to reply, and that wasn’t just chance – God led me there because the surgery still wouldn’t have taken care of the problem.

While I was at the Mayo Clinic, I was diagnosed with pelvic floor tension myalgia and a uterine prolapse – I finally had a diagnosis.

At the same time, I was informed that there was no cure for the pain and it would be with me for the rest of my life.

After months and months of trying to learn how to live in pain that would hold me back, it became not only physically difficult to deal with, but also emotionally exhausting.

However, I was brought to a point where God made it very apparent to me that the pain wasn’t going to continue to define me for the rest of my life.

A friend of mine was in a January term class called Spiritual Strength Training and at the end of the term her class attended the Dunamis Conference on spiritual, physical, end emotional healing.

She invited me to it, but I couldn’t attend that day but went the next day. Again that wasn’t just the way that my schedule worked out, it was the work of God.

As a group prayed over me for physical healing, I kept hearing God tell me He loves me- a message I ignored for so long due to the frustration of the pain and varying diagnoses.

To hear it so clearly was incredible.

At the end of that prayer time, I was also given an image of a broken muscle coming together.

Although the healing didn’t happen in full right then, there was definitely more to come.

A couple weeks later, I was watching the movie Furious Love with some friends I had met at the Dunamis conference.

Partway through the movie I heard God telling me He wanted to heal me more.

As I began to pray to verify that that was indeed Him telling me that, and not just my own thoughts, one of the girls I was sitting with looked over at me and said something like ‘I feel like God is going to bring healing tonight’.

After the movie finished, the friends  began to pray with me.  God took the pain away completely and it seemed my body had been healed!

I had been scheduled for a doctor’s appointment which I kept.

A scan was run, and a few minutes later my doctor walked in with the scan results in her hand.

She just continued staring at the scan images for what felt like forever, when it was probably only 2 or 3 minutes.

Then she looked up and said “So this is probably going to be a weird way to start out a doctor’s appointment, but what’s your faith background like?”

In that moment, I knew what news was coming next and I knew that there was a whole lot more to the healing than just the fact that I felt better and was no longer feeling pain!

After answering that I was a Christian, she looked at me with the scan results in her hand and said “The only way for your uterus (which was already starting to re-prolapse) to go from here (pointing at a lower spot where it had started to prolapse to) to here (the location it is normally supposed to be in) is that God healed you.”