God Provides a Generous Gift for the Prayer House 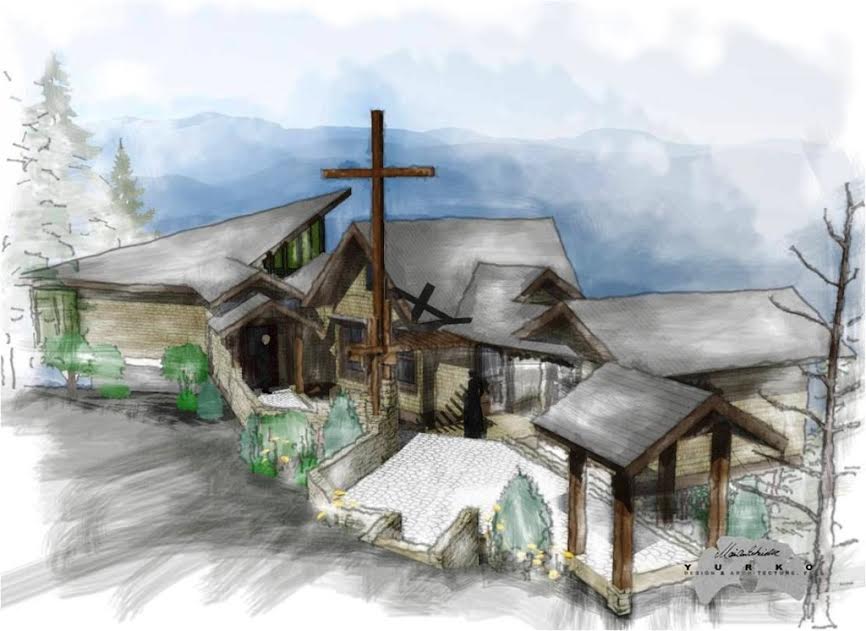 A gift of $400,000 has just been given for the buildings at the Community of the Cross.

This is amazing and wonderful!!  And it can only be God making provision.

I want to tell you about the amazing story of how this gift came and what it means.

The Vision of the Prayer House

In 1975, the Lord first gave me the vision of the Community of the Cross while at Jesus Abbey in Korea.

He told me the Community of the Cross was to be primarily a place of prayer because prayer is the basis of outpourings of the Holy Spirit.

A Place of Prayer

In 1993 a Dunamis participant was filled with the Holy Spirit at an early Dunamis conference.

When I shared with her the vision of the Community of the Cross as a place of prayer, she got very excited about this and promised that she would join with me in praying it into reality.

She also said that she wanted to help build it through financial gifts.  That was immensely encouraging to me.

In 2003, the Lord gave us the land for the Community for the Cross. We were sure that the first building he wanted us to build was the Prayer House.

Over several years we developed plans for the building.

We got architectural drawings. We looked at each aspect of the building itself, as well as landscaping.

We continually asked, “What will draw people into prayer?”

Waiting Prayerfully on the Lord

However, despite praying and asking, the Lord did not give us the go-ahead to build the Prayer House.

Instead we used the land itself as a sanctuary and built outdoor prayer places while we waited.

We focused on all the other aspects of the PRMI vision and maximized our use of the facilities we had been given.

We watched PRMI’s ministry grow internationally with thousands of people being equipped in the power of the Holy Spirit.

In 2013, as we approached the milestone of 50 years of ministry, we launched the Kingdom Opportunity 2014-2016 campaign.

We cast the vision of what we needed to move into another fifty years of ministry. We produced a 30 day prayer guide to invite PRMI to pray these areas into reality.

We fully expected that God would send the money to build at the Community of the Cross in 2013.

We had outgrown our facilities.  We desperately needed a new kitchen and meeting space.

It was obvious that people are being drawn to the Community of the Cross not because we have big parking lots or comfortable facilities but because they are encountering Jesus Christ here.

In December 2014, the Lord spoke to us at our staff retreat planning for Kingdom Opportunity.

This was not His time for building buildings, but for ministry.

(For me personally–coming up on 65–I guess I was struggling with the issues of my legacy. Frankly this meant that I had to give up the hope of building anything, including the prayer house. God wanted to kill that idea in me! He wanted me to die to this vision as he has had me die many times before.  He had to show everyone, especially me, that it was all about Jesus and not us.)

So we all died to the vision of buildings and decided to put up with the inconveniences of not enough space in order to use what we already had while we focused on building the people and program.

In 2015, while waiting for God to provide the resources for building, the Holy Spirit spoke clearly to Beth Osgood to give the gift of the Sheepfold Prayer House.

The Sheepfold Prayer House is a lovely two bedroom home just a five-minute walk from the Community of the Cross gate.

This is not the planned prayer house, but provision needed now to enable us to start doing more effectively the work of prayer.

We finally have a set-apart place where Intercessors in Residence can stay while participating in prayer on the Community of the Cross land.

The Sheepfold Prayer House provides a quiet, prayerful place for those offering the teaching and leadership at Community of the Cross events.

In 2016, the Holy Spirit spoke again and this was discerned by the PRMI Board:

The way to ensure being a part of the advancing the Kingdom of Jesus Christ for the next fifty years is to focus on the work of prayer and building the Community of the Cross as a hub of ongoing intercessory prayer.

A Strategy for Intercession

We developed a set of plans to accomplish this.

Trusting and Waiting on God

We trusted God for the provision of people, finances, and opportunity as we looked for how we could be obedient to this guidance.

A small group of local people was already meeting weekly to pray at the Community of the Cross, in a little set apart place in the back porch.

We also continued faithfully to develop the other ministries under the Kingdom Opportunity areas of “Equip” and “Send” which God was greatly prospering.

In February 2016, we kept moving forward in obedience to the call to focus on prayer as the way for building the future with our Jerusalem Prayer Endeavor.

We added another component to making the Community of the Cross, a hub for prayer.

Jon and Joan Gurley started leading a prayer time focused on the world especially praying for the defeat of demonic strongholds and the advancement of the Gospel.

We have had as many as 12 people in attendance. Six were on site at the Community of the Cross but the other six came in on video over the internet from the United Kingdom, Canada, and the United States.

In late 2016, the role of Prayer Mobilizer was established by the Board.  Martin Boardman, who lives in Western Canada, has been called to serve as the “Prayer Mobilizer” for PRMI. He will be staying in Alberta but will come on staff in January.

We urgently need to pray in the provision for this!  Martin now brings the proven apostolic anointing to be able to connect people in doing the work of prayer.

The other act of obedience–which I will confess is rather daunting–is in obedience to the vision I received in 2010 of taking part in mobilizing, equipping, and deploying an army of intercessors to cooperate with Jesus Christ in defeating the demonic strongholds of Radical Islam and advancing the Gospel into the entire Muslim world.

This has involved the Prayer Endeavors to Jerusalem, writing the books on the Prayer Strategy, and offering the Mountain Top Equipping Camps.

As God has given guidance, we have stepped out in obedience trusting God for his provision, guidance, and anointing.

A Generous and Strategic Gift

In October 2016 came one more powerful affirmation that all this is on the right track.

We plan to use this strategic gift to build the long dreamed-of Prayer House over on the highest ridge at the Community of the Cross.

We see this as a catalyst to move the Community of the Cross forward as a hub of intercession to prepare us for taking part in this vast movement of the Holy Spirit which is leading us toward the fulfillment of the Great Commission.

I believe that this is coming at a time in which prayer is desperately urgent. We face the demonic strongholds of Radical Islam as well the growth of tyranny in Russia and China.

We also hear of unprecedented numbers of Muslims and Jews coming to Christ. The Church is being called to take unpopular stands in culture wars in the West. Many are crying out that future generations would not be lost, but found in Jesus.

An Army of Intercessors

During the gathering storm in the 1930’s God was raising up Rees Howells and the students at the Bible College of Wales as the key intercessors to, in the heavenlies, defeat the high level demons in Hitler.

In the midst of today’s challenges and opportunities I am convinced that right now, in 2016, God is again raising up an army of intercessors. He is doing this in many locations–Korea, Jerusalem, Kansas City, etc.

This gift of $400,000 comes as the strong affirmation that he is also planning on making the Community of the Crossone of those hubs of intercession for advancing the Kingdom of God in the future.

What God is doing is immensely exciting.  We will be keeping you in touch with how you may take part.

Join Us in Prayer for PRMI’s role in Kingdom Advancement

Until we can discern the next steps, please be praying. Any time there is a great move of the Holy Spirit with great blessings poured out you can count on Satan launching counter attacks.

So pray for us!!!  Pray for the financial provision as well as for the people–all that is needed staying on track with the guidance of Jesus Christ.

Above all, pray that–in all our programs and ministries and people–the presence of Jesus Christ will be powerfully and tangibly present.

Pray that everyone who is touched by this ministry will be filled with the Holy Spirit and will grow in a deep personal relationship with Jesus Christ and be embraced by the love of God the Father.