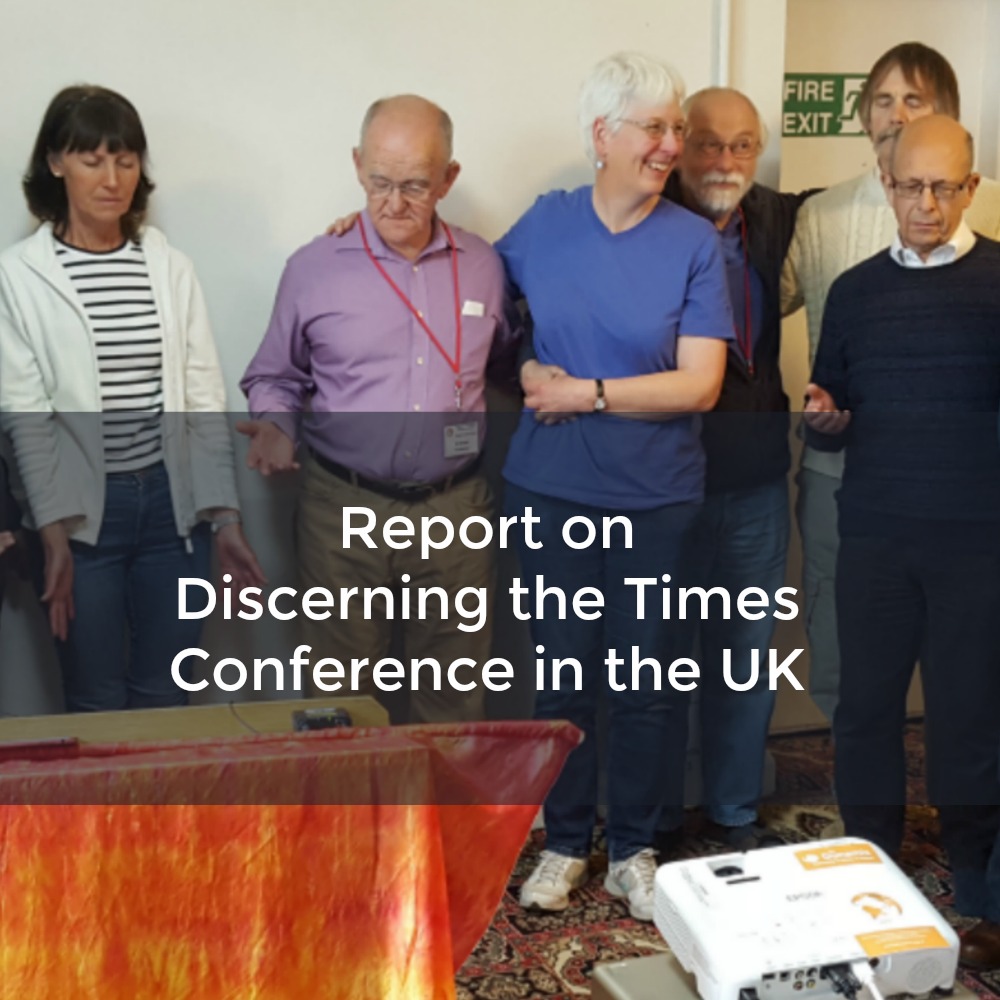 In May 2017, 27 people gathered in the ‘Barnes Close Centre (Community for Reconciliation)’, Birmingham, England for a new Dunamis Fellowship Britain and Ireland (DFB&I) event focused on advanced intercession..”

The event followed a pattern similar to the ‘Mountain Top Equipping’ events that Presbyterian Reformed Ministries International (PRMI) has hosted in the United States starting in August of 2016.

It takes a team

By now the UK Dunamites are very used to ‘fielding their own teams’ for Dunamis Project tracks.

Since this was a new event, it felt like going back over 15 years ago when Dunamis was first launched in the UK with some local leaders from the Dunamis Fellowship Britain and Ireland (DFB&I) joined by leaders from PRMI.

Commenting on this new event for the UK, Paul Stokes reflects:

“It was vitally important to be ‘wise as serpents and innocent as doves’ as we advertised and facilitated this event.  Our liberal, pluralistic culture with its aggressive ‘political correctness’ could very quickly become judgmental and label this teaching as inflammatory extremism.

That’s unbelievably ironic when you realise that this event is about identifying the spiritual forces of evil that are at work and then doing the serious work of prayer for the sake of Jesus’ kingdom of light and love!

So there was a lot of co-operation on the team to ensure that the important basic concepts were taught, while taking into account this particular cultural context.”

“I felt an urgency to ‘get this teaching out there’ especially in the UK which I see as such a strategic location for what is going on in the bigger picture both in earthly and spiritual terms.

However, we had to take into account the sensitivities of their culture, and the fact that the material was so new to so many people.

We felt a need to adapt the teaching to anchor it in to that particular context and I think that will be the case wherever we teach this material.  I think we got the balance right”

“I have heard this teaching both at the Community of the Cross Mountain Top Equipping Events, and again on two different Israel Endeavour trips.  I felt very at peace about this entire event. We had excellent feedback from so many participants.

For some it was like that first ‘light bulb moment’ at Dunamis Gateways  – when suddenly you start to find a framework for the thoughts that you had but could not quite quantify. I have included quotations from 3 people below.”

Observations from some attendees

“I gained a much better understanding of the teaching with several ‘light bulb’ moments, this was not just in terms of what is going on in the world, but also what is going on in the local church. Through the teaching sessions, I believe the Holy Spirit was able to start to show me where my call is to be a part of the battle, even though my ‘frontline’ is not as part of a prayer cohort.

“The UK conference gave me a new impetus to pray for our country and to understand the nature of spiritual warfare that we face each day as servants of the King. It was so good to meet up with old friends and make new ones. We saw strongholds broken and people set free”

“It gave me a wider perspective of the battle going on in the spiritual world for the earth.  It showed me the strategic importance of the land of Israel for the fulfilment of Jesus return to this earth.  Satan’s long-term survival is dependent on being able to thwart God’s redemptive plans through Christ every step of the way. I have joined a prayer cohort, praying for the UK to wake up to the spiritual implications of the way we are as a country.

Rev. Dr. Brad Long was one of the main teachers for this event, as most of the material is based out his his two new books on prayer.

The teaching focused on key issues such as:

The helpful use of military parallels enabled attendees to quickly grasp quite complex issues around these strongholds.  Satan is working to thwart ‘Thy Kingdom Come’ in the three ‘spaces:’

We looked at particular strongholds discerned by many intercessors:

As to our response, how do we raise up an army of intercessors?  How can we form prayer cohorts that work in co-operation with the Holy Spirit?

Apart from the excellent teaching there was Spirit-inspired worship from Brian Clarke who led the group many times into a sweet closeness with the Lord.  This was particularly important as at times we looked at some very dark issues both in the earthly and spiritual contexts.  It was paramount that we started the day with sung worship, and prayerful reflection – led by Brian and Paul Stokes.

But despite the newness of the teaching there was plenty of group work and interaction which mirrored the ‘lab time’ approach of usual Dunamis event: times of corporately waiting on the Lord and also praying in small groups.

Out of these times came a clear call from the Lord for the formation of a ‘prayer cohort’ specifically to pray for the UK on a regular basis.

Intercessors have it covered

Because a number of the more experienced UK intercessors needed to hear the new teaching, Jule Ann Martin came from New Jersey, to head up intercessory covering during the event.

“It was a real thrill for Dan and I to be in the UK for the first time and such a privilege to be part of this new initiative.  It was so important for UK intercessors to be released from working an event to hear the teaching.  Even though I had heard it before and was mainly on intercession, I personally got a lot out of it.  It is like attending Dunamis -every time you attend you learn something new.  The Holy Spirit show you something else He wants you to know.”