Community of the Cross – Construction Update #3 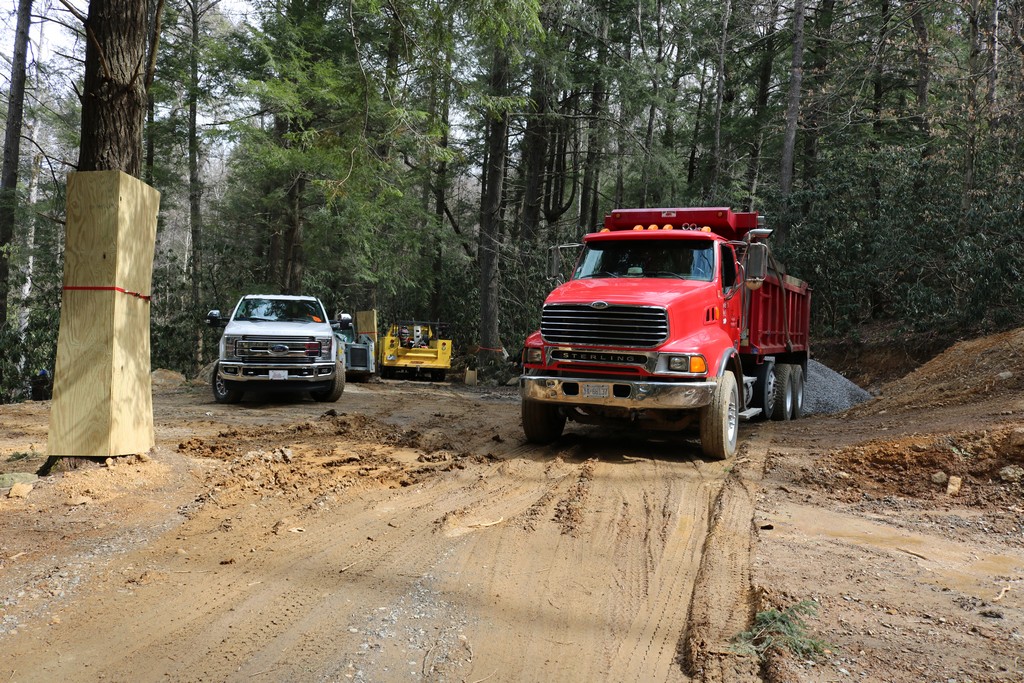 Construction is in full swing, with heavy machinery, earth moving equipment and the bam, bam, bam of construction noises.

Since the last update on Construction on at the Community of the Cross, here are some new photos and news. Keep praying for the progress as it unfolds and the provision we need to finish.

Milestones since the last report

This week at the Prayer House

All the grading, erosion control and utility work contracts are now signed.

The very next day,  more earth-moving machines rolled in at the Community of the Cross to put in the French drains to “dewater” the Prayer House site.

As soon as the site of the Prayer House dries out enough (thanks to the French drain), foundation work can begin.

This should happen in the next couple of weeks. It is thrilling to think of the foundations going in and the actual build beginning!

I also met with Ward Griffin (Contractor) and Patrick Conner (Project Manager) for both the Prayer House and Log House.

We walked with the Log House site and discussed their progress as well as some of the challenges they are encountering.

The contracts have been signed for the Log House work and we are moving forward!  This is so exciting.

I also had a chance to work with the PRMI office team to discuss things like lighting, flooring, walls and the plans for the kitchen.

The cost of the Log House fire renovation is estimated at about $120,000 over what insurance will cover.

We are praying that this additional money comes in before August 15th, the estimated completion date for all this work.

It is so exciting to see this project coming together.

What is planned will be so much better than what we had – more useful and usable space.

Photo Album of work from Feb 7 to March 7