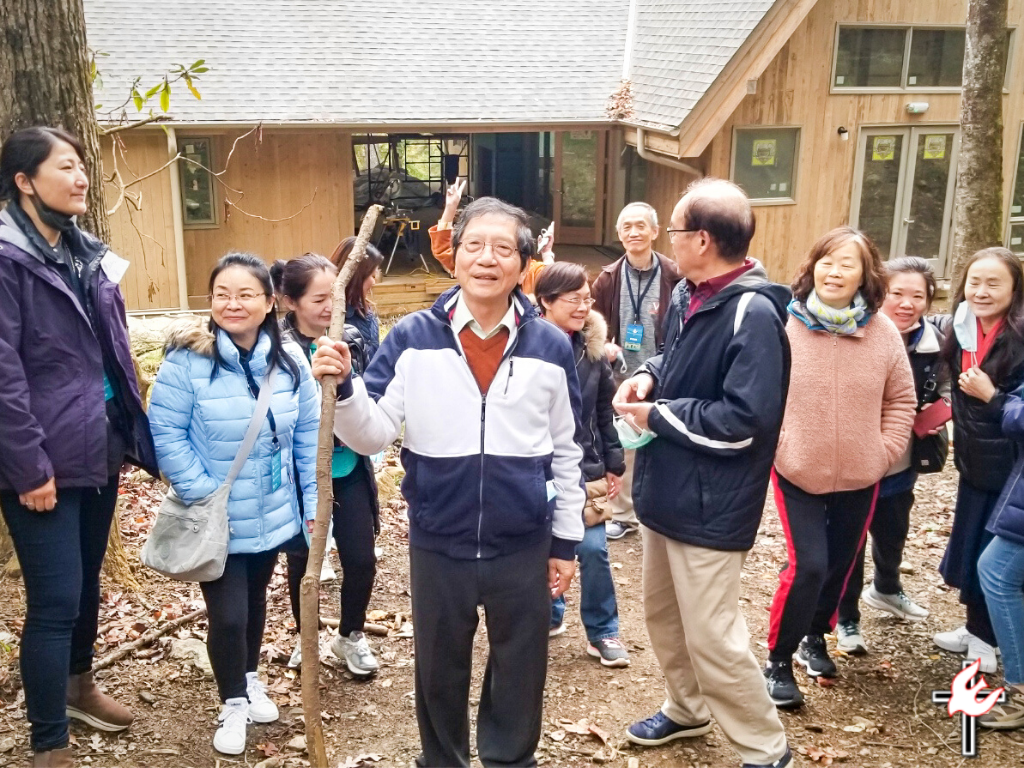 In 2019, PRMI’s Dunamis Institute, in partnership with Grace Christian Church in Flushing, New York, launched a seminary for equipping church leaders in the power of the Holy Spirit.

The Dunamis Project has had an expression for Chinese speakers for many years.

This is part of the fulfillment of a 20-year-old vision that Rev. John Chang and I have had for providing a suitable context for equipping Christians from the entire Chinese world in empowered ministry.

The name in Chinese is 雙恩靈力事奉神學院  紐約, or in English, it is the “Double Grace Dunamis Seminary –New York.”

Putting together Dunamis with a seminary is a remarkable and rare combination, but it represents putting together Word and Spirit — systematic Biblical Reformed theology with the power of the Holy Spirit.

The term “double grace” was originally based on the two congregations that helped found and fund the seminary.  It does not suggest the “second blessing,” but the Chinese fondness for doubling words for emphasis is conveys the idea that there is a lot of God’s grace!

This seminary combines the Dunamis Project teaching on the Holy Spirit in an academic and practical setting.  It fits well the passion that the Chinese have for education and practical teaching.

The core curriculum is the PRMI Dunamis Project plus Growing the Church in the Power of the Holy Spirit. All these materials are in Chinese and are taught by Chinese teachers.

In addition to these fundamental courses, other classes such as basic theology, how to read and study the bible, and do church planting have been added.

Materials are in manuals, and most are on video for global distribution.

The practical and spiritual support base for the Seminary was the congregation of Grace Christian Church under the leadership of Rev. Dr. John Chang.

Rev. Chang is a past president of the PRMI Board of Directors and as well as the past President of the General Synod of the Reformed Church of America. Over the years, he has equipped his leadership team through multiple tracks of the PRMI Dunamis Project.

Not only has this equipped many leaders who can be the faculty of the Dunamis Seminary, but they have also planted five Chinese-speaking congregations in the New York City area. Those who have been through Dunamis also provide prayer teams and take part in evangelistic and teaching missions.

We launched the Seminary using the facilities of Grace Christian Church in Flushing, New York, in 2019.

There is a considerable population of people from Hong Kong, Taiwan, and China right in that area.

Due to the pandemic, we had to move the classes entirely online.  Not only did local people sign up, but without any advertising or web presence at all, we had students seeking admission from Canada, Taiwan, and from all over China.

The hunger is so great among the Chinese that they were desperately seeking us out and begging to be admitted as students. For many, we have no idea how they found out about the Seminary.  It must have been the Holy Spirit!

Chinese Exousia at the Community of the Cross

As part of PRMI’s process, we train our teachers and teams through our Exousia equipping process.  Due to the growth of the Seminary, we offered a customized version in the Chinese language and held it at the Community of the Cross.

This event was a gathering of the Double Grace Dunamis Theological Seminary in NY, students, and faculty.

There were 22 faculty members and students all together who made the 13-hour pilgrimage to the Community of the Cross.

Another 10-15 other students in the Seminary came online from further away, including Canada, Taiwan, China, and the USA.  Those in China and Taiwan had to stay up all night to take part.  Their commitment was remarkable! They came hungry for Jesus and the equipping in the dance of cooperating with the Holy Spirit. And Jesus met them!

The next few days were just amazing as the Holy Spirit moved in our midst.

We got off to a good start when the very first day there with significant manifestations of the Holy Spirit and the possibility of evil spirits. This galvanized everyone’s attention and focused on the teaching.

Over the next few days, many received and started to grow in applying the gifts of the Holy Spirit as well as anointing for different forms of ministry in the Kingdom of God.

It was so exciting to watch people receive gifts of the Holy Spirit, especially prophecy and tongues.  They were then most eager to join in praying that others would also receive these power tools for ministry.

Jesus was moving in our midst, healing up His wounded servants and getting them ready to step into their next spheres of ministry. Many who came were spiritually dry or just lacking joy.

The working of the Holy Spirit and their growing deeper relationships with Jesus was reflected in their radiant smiles. The joy on their faces was confirmed by the testimonies that they gave of God’s work as well as in the wonderful worship that took place.

We are Community Builders

It was so much fun! They really formed into a community. Several of the students had never met each other in person as they had just taken the courses online.

The delicious smells of extraordinary Chinese cooking came from the kitchen at the PRMI Log House at the Community of the Cross. I think there must have been a culinary competition going on!

Each day the different work teams cooked their favorite dishes from the various parts of China that they had come from. It was amazing!

It was especially exciting to me to watch their reactions to the Prayer House.  They were blessed to see the progress of construction.  It has been the people from Taiwan and China who, over the years, have given generously to buy the land and build the buildings at the Community of the Cross.

They have given the PRMI Prayer House its own Chinese name.

Through this Chinese Exousia event, the Dunamis Seminary faculty and students were integrated into the ethos and teaching of the stream of the Holy Spirit embodied at the Community of the Cross that goes back to R.A. Torrey, and to Archer Torrey, his Grandson who was born in China.

While PRMI has invested through Dunamis tracks in Flushing, New York, it was a very different experience for them to come to the Community of the Cross.   It opens the door to greater integration into this movement of the Holy Spirit that is embodied through PRMI.

This event was part of the Community of the Cross fulfilling its founding vision and purpose of being, “A place of encounter with Jesus Christ for Prayer, Equipping and Sending.”