Challenges of Living in the Land of Israel 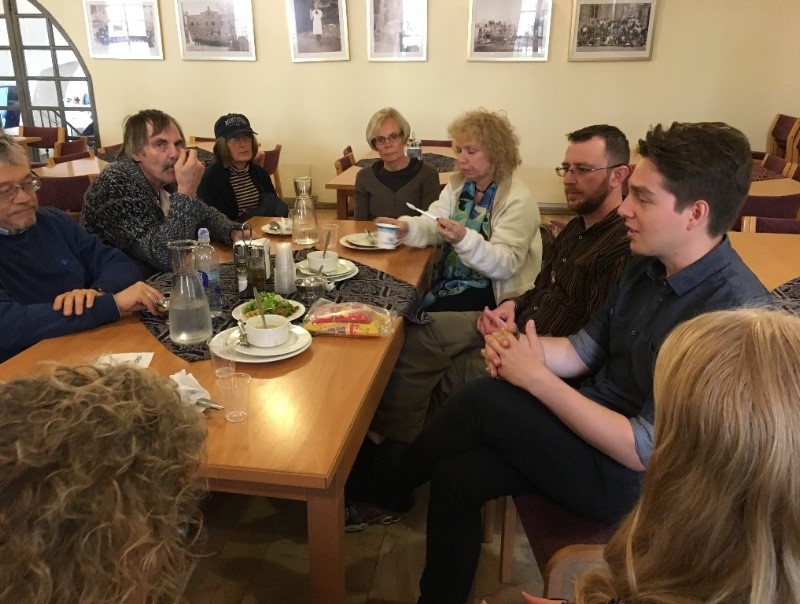 PRMI has been sending teams to Israel for several years now strengthening our understanding and relationships with Messianic Jews and seeking guidance for prayer.

We desire to enter into what God is doing there (see previous article November 2016 Jerusalem Prayer Endeavor Report: Strategic Prayer and Building Faith.)

Below, Martin Boardman reflects on the theme that emerged during the most recent trip.

“Pray for Shalom in Jerusalem; may those who love you prosper.” Psalm 122:6

The main task of the Jerusalem Prayer Endeavour was to pray for the peace of Jerusalem. In Hebrew, the word for peace is “Shalom.” The nuance of this word in Hebrew is greater than simply peace. It involves wholeness or completeness.

So, as we prayed for the peace of Jerusalem there was far more to pray into than simply that there would be an end to violence.

But that was certainly in the forefront of our prayers following the military incident in Northern Israel. Israel shot down a Syrian drone and subsequently an Israeli F16 was shot down.

Many people in Israel believe that war is inevitable.

At the same time investigations into the conduct of the Prime Minister and attempts to remove him from his position are cause for concern and for prayer.

These were just surface issues which provide a springboard to go deeper in praying for God’s Shalom to be effective within the land of Israel.

In each of the Jerusalem Prayer Endeavours, we have seen different themes emerge as the team has prayed together and journeyed through Jerusalem. With this trip, the theme which we continually encountered was how challenging it is to live in the land.

Life is not easy in Israel

Taxes are twice what would be paid in North America and wages are about half what people would get over here. Jewish believers in Messiah are not looked upon with favour by the ultra-orthodox segment of society, whose significant political presence has resulted in persecution.

Jewish believers are often rejected in their applications for citizenship and just recently some dual citizens have had their Jewish passports confiscated in an effort to “encourage” them to leave Israel. The country claims to be open and welcoming for everyone and it is quite possible for someone to immigrate to the country as a Buddhist Jew, a Hindu Jew, or just a secular Jew. Christians are welcome in the country, but Jewish believers in Messiah are not welcome. This creates many problems for Jewish believers.

A Place of Intense Spiritual Warfare

As one person who we talked to stated; “Everyone wants Jerusalem!” Jerusalem is a city which is continually being fought over. This fighting is not just physical, but it is also spiritual.

Repeatedly, we heard testimony that ministry is difficult to do. Depression among believers and the leadership of ministries and congregations is common. As a result, a significant part of this trip was listening to leaders share their struggles as well as joys and moving into times of prayer for them. That prayer was always genuinely and deeply appreciated.

Don’t underestimate the power of a hug and a package of coffee!

There was a moment or two when I wondered if our brief visit was really able to do anything. But the response from the leaders we connected with showed repeatedly that simply loving on them was all we needed to do. “You don’t know how powerful a simple hug is”, said one leader.

Blessing people by bringing their favourite candy bars or coffee beans was a simple, yet effective way of blessing and encouraging, and our team left with a greater awareness of how to pray for the body of Messiah in the land.

As well as the scheduled visits and sights which were a part of our time in the land there were also the special divine appointments which the Lord set up for us. As the Lord is continuing to connect us in intercession with the Christ Church in Jerusalem, the Lord opened up opportunities to connect with people within the organization.

We even bumped into a fellow “Dunamite” in the streets of Jerusalem, which was a wonderful surprise and blessing.

So how can you pray?