Breaking Ground for the Prayer House 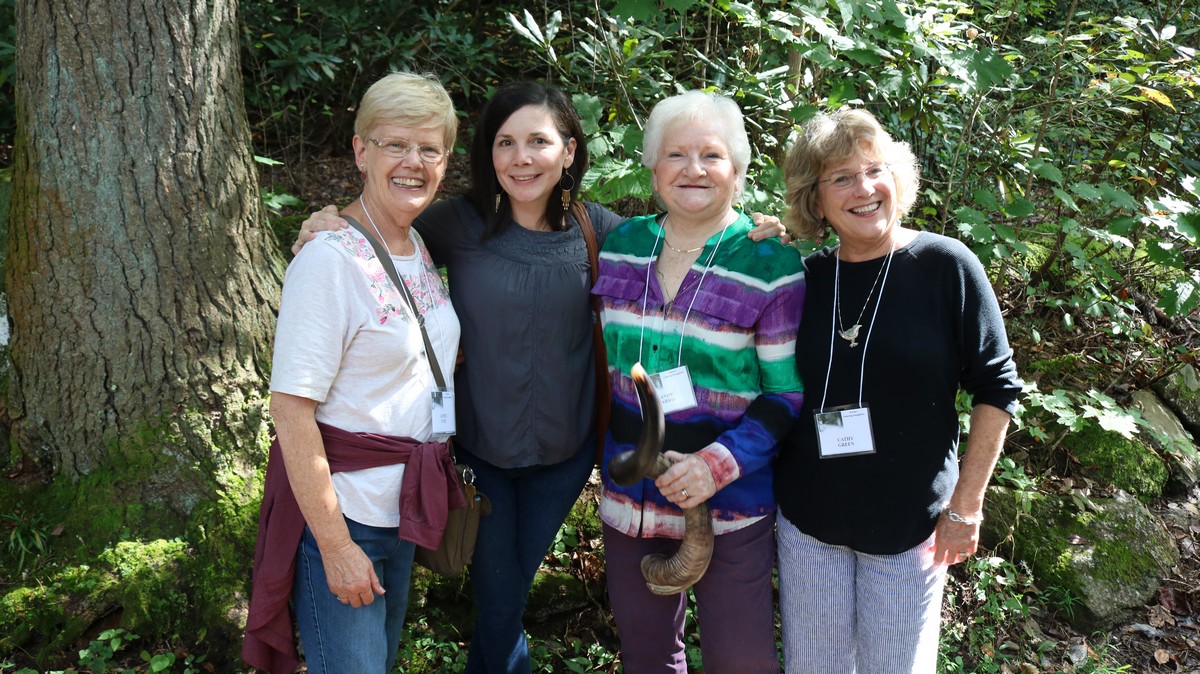 God graced us with a beautiful day for the groundbreaking for the new Prayer House.  The sun was shining, there was a slight breeze and it seemed a day set apart for rejoicing.

If you were not able to join us on that day, attend “virtually”  by watching the video below.

Many from the Dunamis Project being held in Black Mountain were there. We were also joined by other friends from Black Mountain and the surrounding area. Still others came from as far away as Canada and England to join us in celebrating another milestone in what God has done, and is doing here at the Community of the Cross.

Ironically, in order to get to the site of the Prayer House, everyone first had to walk past the Log House, the site of a recent fire.  Many stopped to examine the damage.  We shared that we hope to hear from the insurance company in the next couple weeks about options for clean-up and demolition and/or rebuilding. There was some grieving.

Then we moved on to the site for the new building.  We rejoiced together as we praised God for what he has done in the past, providing the land and buildings here. Now we look forward with hope to what he will do in the future. Marcia Bronson recalled one of the Upward Challenge groups praying at the site just a couple of months ago.  As teenagers, they were praying into the future they will share in as the Prayer House is built.

Here are some reflections from PRMI and DFI Director, Cindy Strickler:

I was so excited to gather with close ministry family and friends at the ground breaking for the Prayer House.

That morning the Lord put Joshua 3-5 on my heart – the crossing of the river Jordan by the Israelites and the celebration at Gilgal. After 40 years in the wilderness, they were finally crossing into the Promised Land. The conquest lies before them – and would be full of challenges and hard work. At the river’s edge they paused to give thanks to God for his faithfulness and remember their history. Then they were ready to move into the future.

It seemed to me that was what we were doing on that Saturday afternoon: pausing to look back and give thanks and preparing for the next step. There is a lot of hard work ahead – raising the $800,000 needed for the build and the actual hard work of the building itself – but the Lord has been faithful in guiding us and he will be faithful as we move forward.

“I was touched that Brewster Ward, one of our architects who has been involved with this project for years, was accompanied by his wife Cam.  She remembered when she visited the Community of the Cross during a time of healing prayer ministry.  As she talked, I could tell that although not always present, she had been on the Prayer House journey with us.”

Graham Hill from the UK reported back to the  Dunamis Fellowship Britain & Ireland prayer network, “Thank you all for covering me while travelling to the Community of the Cross and meeting up with many friends for the Ground Breaking Ceremony of the Prayer House. It was a privilege being there as part of the international gathering with three of us blowing our shofars at various points in the ceremony and as we struggled to get through the roots and stones just to be able to lift the smallest clods of earth.”

As one person after another took a shovel and “broke ground” we all agreed there was a big job ahead.  Mostly we encountered rocks and tree roots more than dirt!  But that just reminds us that God advises us to build on a firm foundation.  We trust in him to provide that foundation for this place where we will seek to equip people and join together in prayer and worship. Praise be to God!