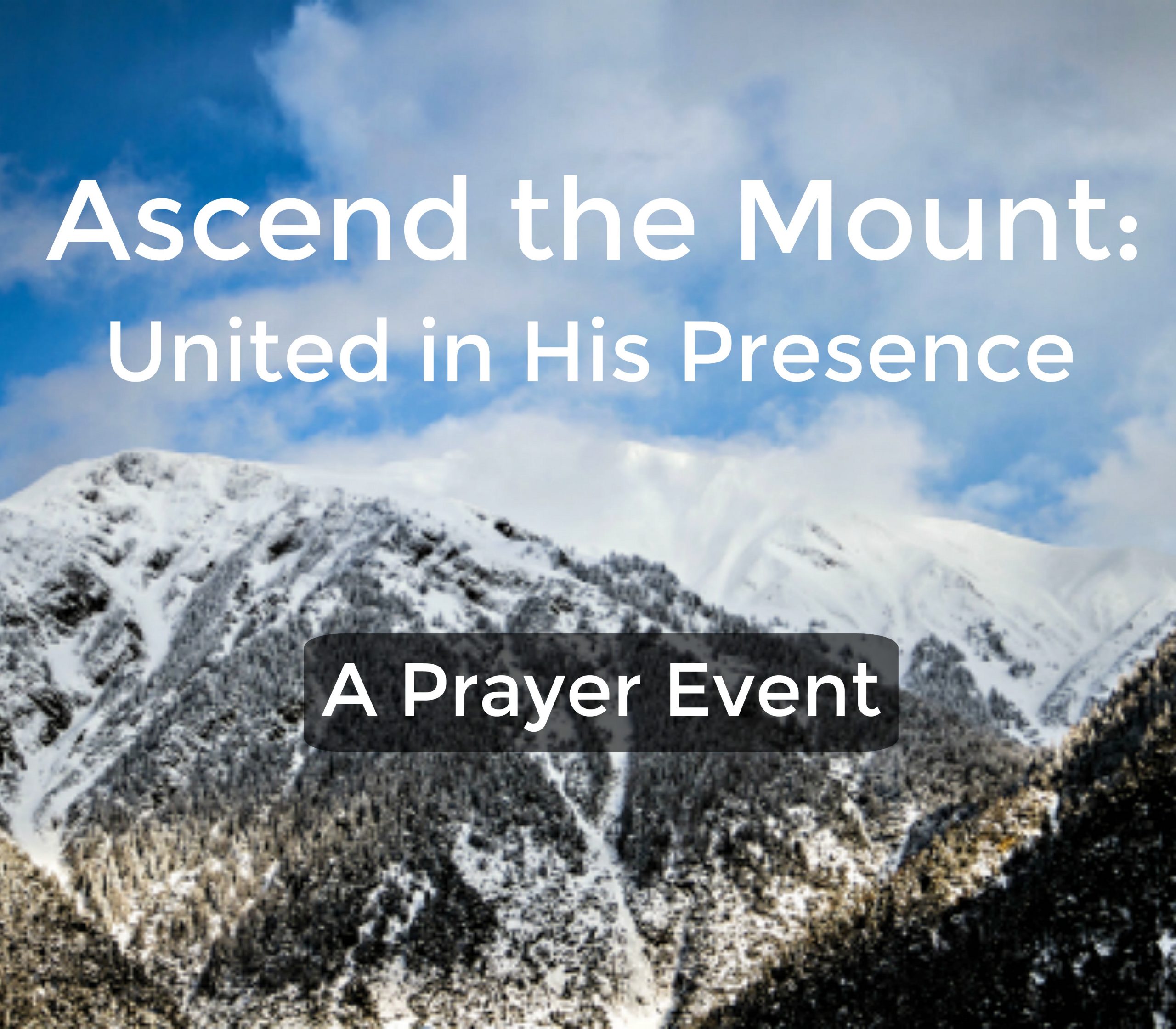 The Ascend the Mount prayer event took place at the Victory Bible Camp in Alaska. This was a very different PRMI event.

There was no scheduled teaching; instead, this was a time to worship and pray, following the leading of the Holy Spirit.

The focus was to pray for revival in Alaska. Without the basic structure of a Dunamis event to guide the time, the challenge was to continually discern how to stay in step with the Holy Spirit.

This meant spending a lot of time listening, discerning direction, and debriefing what the Lord was doing. 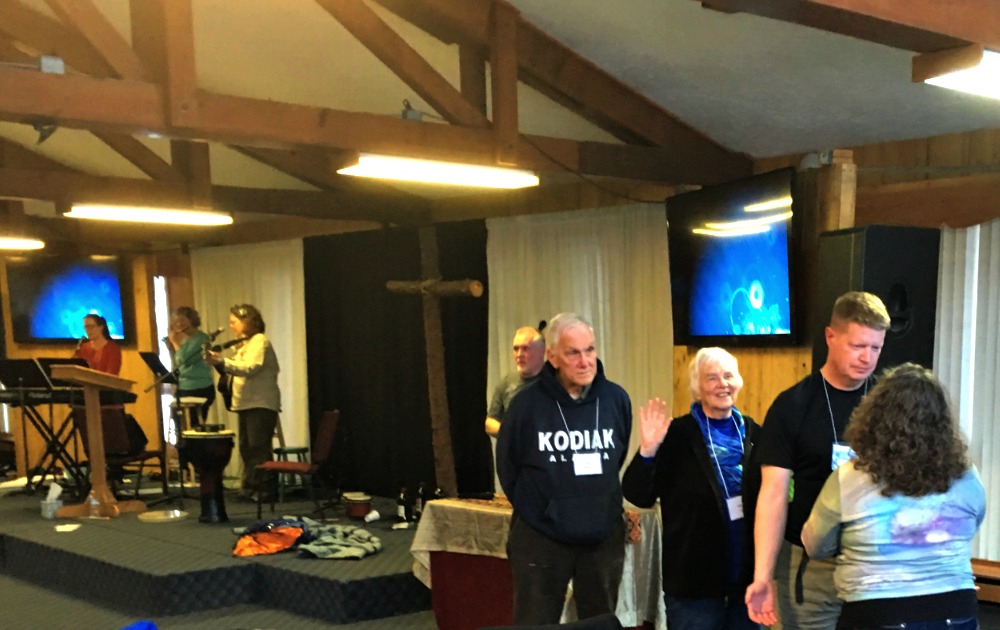 Prayer and worship at Ascend the Mount Alaska, 2017

The Lord worked individually and corporately within the group.

This began with each person surrendering their expectations for the event, which were written down and placed at the foot of the cross. Collectively, we surrendered the expectations we had, so that we could be open to what the Holy Spirit had for us.

The Lord drew people to open their hearts to his love and as they experienced his love for them personally and his love for Alaska, many were drawn into intercession for the state leading them into times of travail.

As the Lord dealt with the idols and blockages people had in their relationship with him, he moved corporately to draw us into deeper unity and fellowship. It was important to maintain that unity and make sure, through times of debriefing and testimony, that we were all staying in step with the Holy Spirit. 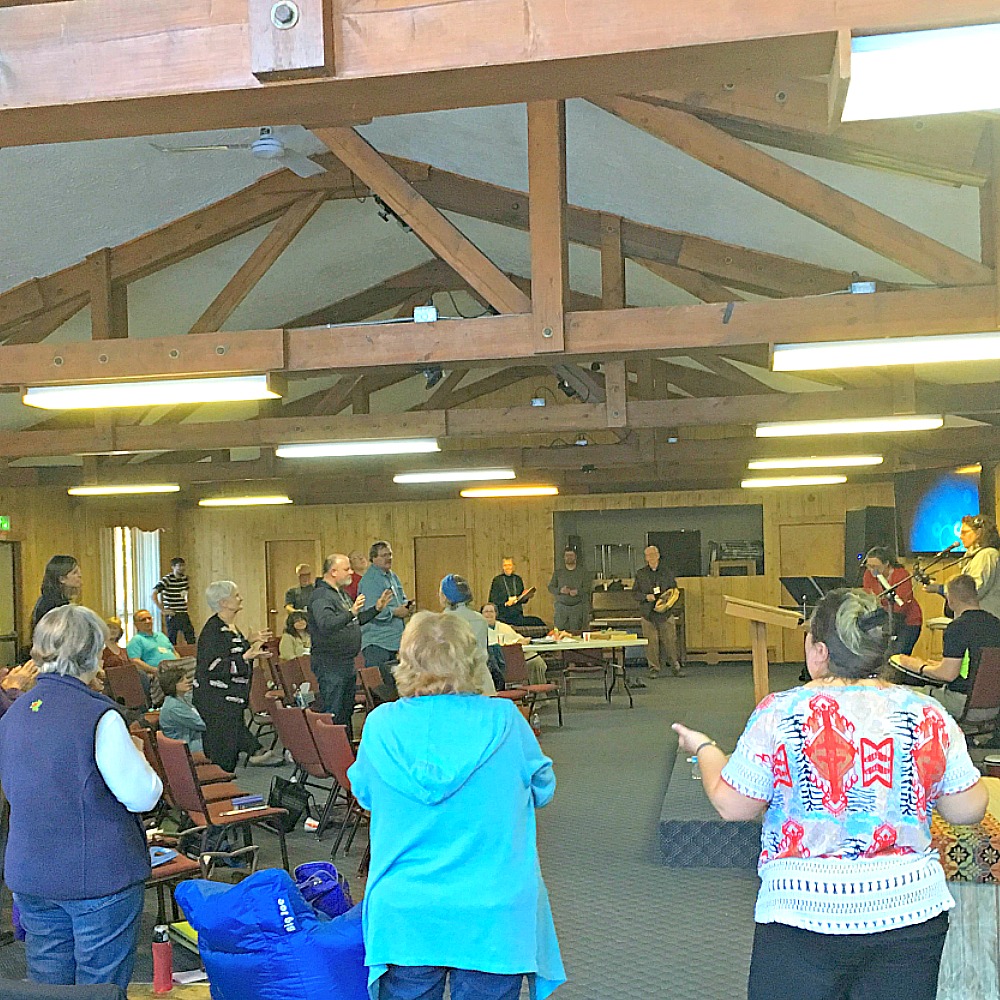 Participants at Ascend the Mount, Alaska, 2017 worshipping in unity

The key elements of being in unity together, surrendering our expectations, and seeking the Lord’s direction formed the foundation for all that the Lord did.

Those among the group with prophetic gifts and gifts of knowledge and wisdom helped us listen to the direction the Lord was giving.

Corporately, we learned how to discern together what God was asking us to do and how we were to step into his Kairos moments. It took time for us to begin to move in unity together, as directed by the Spirit.

A Tsumami of Love

As we walked together in unity, the Lord unveiled his plan for strategic intercession. Discernment was given to proclaim the covenant promise of victory to the North, South, East and West.

With a shofar blast, the pounding of drums, stomping of feet, and shouts of victory, we made a joyful noise! A word was received that victory had been achieved and that living water was flowing from heaven!

A tsunami of God’s love is expected which will bring spiritual awakening and revival for Alaska and from there to the rest of the USA and the World!

If you find yourself longing for the powerful, Spirit-led prayer described in this article, don’t hesitate!

There are many PRMI events throughout the year and across the world that teach participants how to cooperate with the Holy Spirit for effective, intimate prayer.

Please follow the link below to learn more about upcoming events or to find an event near you.