The Life of a Prayer Intercessor: Featuring Archer Torrey 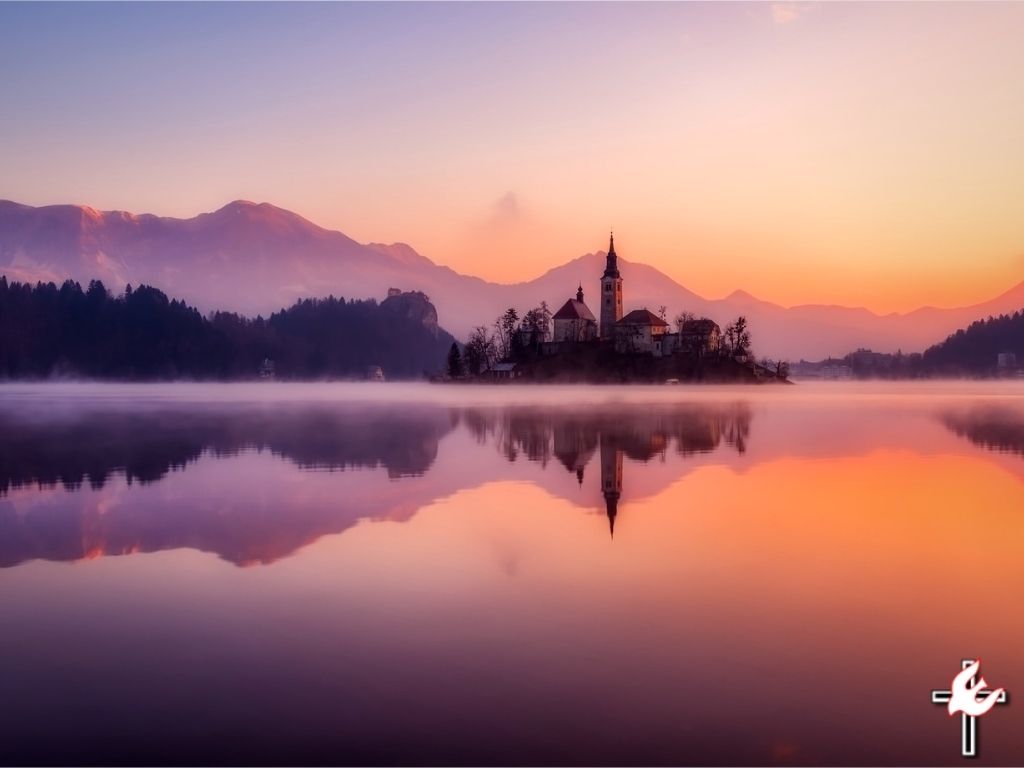 Intercessory prayer came to life for me (Brad Long) through Archer Torrey and the life of prayer I experienced and saw when I lived at Jesus Abbey in South Korea.

It was not so much Archer’s teaching on prayer that affected me.

Rather it was his life of prayer that impacted me.

By joining him in prayer, and seeing the fruit of his prayer life, Archer provided a laboratory in which others of us could experience the necessity and reality of prayer.

This laboratory is Jesus Abbey, an international community of intercessory prayer located high in the eastern mountains of South Korea.

Who was Archer Torrey?

Archer was born in 1918 in China and is the son of Presbyterian missionaries. His grandfather, R.A. Torrey was a close associate and friend of D.L. Moody.

Archer came to the United States in 1935 to attend Davidson College in North Carolina. He graduated with honors in a remarkable class that included the scholar J. Rodman Williams among others.

After graduating, Archer then spent a year and a half at Princeton Theological Seminary. Later he decided to change from the Presbyterian Church to the Episcopal Church and transferred to Sewanee, where he graduated in 1945. Between Princeton and Sewanee, he served aboard ships in the United States Merchant Marines.

In 1957 he was called to go to Korea with the purpose of rebuilding the Anglican Seminary in Seoul that had been ceased during the Korean War.

After seven years in Korea, the Lord led Archer to leave the seminary and start the pioneering work to establish a laboratory for intercessory prayer, we now have Jesus Abbey.

LONG: How did you first learn the reality of intercessory prayer?

TORREY: There does not seem to have been any modal point in my learning. Intercessory prayer is something I have grown up with and have gradually learned more about as I have gone along.

Through them, I learned about the Rule of St. Benedict and the concept of a life set apart for prayer. My utilitarian mentality kept me from thinking much about prayer as praise and adoration.

I assumed that the reason for spending one’s life in the work of prayer would be intercession.

During my time at seminary, we had a prayer group that developed spontaneously because there were certain problems that needed intentional prayer.

As time went on, some highly private problems came to light that we discerned only a few individuals should be in on and a smaller group formed to pray about those matters.  This wasn’t with any theory about intercession; the need was obvious, and it was met with prayer.

After I was in the parish ministry, my wife Jane got to know Agnes Sanford. We learned more about various kinds of prayer, the role of the Holy Spirit, prayer for inner healing, etc.

We found ourselves involved in a growing intercessory ministry.

Our Faith Challenged by Skepticism of Others

Torrey: It was when we were trying to organize the Anglican Seminary in Seoul, Korea that we were seriously challenged in this area to step into prayer and intercession.

We found widespread skepticism about the usefulness of prayer among our students and coworkers.

When we found an almost total unwillingness to accept what we were saying, we decided to take up the challenge and start a community with prayer as our primary work to prove or disprove once and for all, the theories which we had taken for granted.

We defended the work of prayer as a legitimate and important aspect of the work of the Church by following the Holy Spirit into this Kairos moment.

We knew there were people who did not take prayer seriously, but we did not realize until that point that the issue must be faced head-on with laboratory demonstration, not theological argument in the power of prayer.

That was what led us into our present (1992) situation at Jesus Abbey.

We did not have any theory about intercessory prayer except that it is necessary! “How you do it” was a question we didn’t ask at the time. We just got on with it the best we knew how!

Since no one was going to support us at an official level, such a “laboratory experiment” the first test of prayer came with the matter of our livelihood.

Torrey: At Jesus Abbey, we started a bit of land farming and as the opportunity permitted, we added sheep-raising, daring and handicrafts. We provided cooking and washing for a steadily increasing number of guests who assumed that prayer can work wonders and naively thought that we must be experts!

We came to appreciate the words of St. Benedict,

Prayer is referred to as “the work of God.”

We told our colleagues that these forms of manual work are also forms of prayer.

At the time, we did not realize what an attack on the Korean culture this was going to be.

For the Koreans, there was a perception that manual labor is evil.  Living off the manual work of others by engaging in business, politics, scholarship, art, etc. is noble.

Instead, we pointed out that God came into the world as a manual laborer, on purpose and not by accident.

The fact remains that in all these years at Jesus Abbey the level of our self-support has increased steadily, but we have always had to depend on God for the difference between what we produce and what we need.

This has meant praying for miracles, expecting miracles, and living by miracles.

This brought us to two forms of prayer: faith and work.

But both are self-centered.

The real work had to be intercession.

Does God Need Our Prayer?

LONG: Theologically speaking, what use are our prayers? Does a sovereign God, who knows all things and can do all things, really need our prayers?

TORREY: The word “koinonia,” which with its cognates appears over 70 times in the New Testament, means “total mutual responsibility and interdependence bound by a contract which is lifelong.”

Our fellowship is with the Father and with His Son, Jesus Christ,

John is saying that we are business partners with God, and He is as dependent on us as we are on Him!

God started this process when He put Adam in charge of the earth; and Satan messed it up when he got Adam to try to be independent from God.

Prayer is one of the jobs that God gives us to do in order to produce the new creation.

It is productive and creative in the supernatural realm.

For it to be effective we need to depend upon the Holy Spirit not only to give us our orders– what work to do and how to do it– but also to effectuate it, to pray through us both when we pray with our minds and when we, in still more intimate dependence, pray in the Spirit.

Praying in the Spirit

Torrey: Praying in the Spirit is sandwiched in while traveling, waiting for something, or as part of preparing a sermon or lecture, briefly before, and at more length after the brain-work is done.

Many people pray with the Spirit before they start praying with their mind, and they find that the Spirit gives them clear leading and effectiveness.

The relationship between God’s activity and our activity is very mysterious, and as we are dealing with the fourth- or fifth-dimensional world when we pray, we cannot expect to understand it very well. I know we hinder God’s work by prayerlessness.

The present worldwide spread of the gospel is due to a widespread awakening to the need for prayer, prompted by the new move of the Holy Spirit. The long years that the Gospel spread slowly — or in some areas went backwards — was due to prayerlessness.

Much of the Church’s energy has been taken up with inner politics and worldly ambitions.

If it were not for the unknown and unseen prayer warriors — often old people and invalids — whom God has raised up to do His work and to hold Satan at bay, nothing at all would have happened and the Church would have died.

Prayer to Advance the Kingdom of God

LONG: Have you had any glimpses of how the prayers have affected the advancement of the Kingdom of God?

TORREY: Yes! One of the major denominations in Korea was reunited after many years of a rancorous split. Koreans, like Presbyterians, “are as prone to split as sparks to fly upward.”

There is not a denomination that has not suffered a schism of some kind. Our prayers for unity bore fruit in a major split being reconciled, the first in the country.

Several people are in missions in various countries and in different forms of ministry, and we hear testimonies from them that the Abbey’s influence played a major part in restoring these places that were once fragmented.

We know of people with effective ministries, and they are people for whom we have prayed.  There seems to be a growing underground movement in all denominations of lay people who mean business with God, who see the Church as the Body of Christ and not as a denominational organization.

These are people of prayer, who have been filled with the power of the Holy Spirit. They are doing many kinds of ministries, quietly, both within their denominations and para-denominationally. This movement is not just in Korea; we can see it in Taiwan and other places too all around the world.

How To Enter into Prayer?

LONG:  How may we best learn how to pray?

TORREY:  Learn by doing. After you have been doing it a while, get a partner or two and compare notes with them. Then, if you still have time, start reading the literature.

As you read your Bible, mark the references to prayer and note them and digest them daily.

Compare what you read with your own experience and experiment with other people’s ways of praying. It is a science; the Bible is your manual; the book are reports, but you must do your own lab work if you are to understand and to be effective.

I think the Lord wants me to make the point that intercession is hard work, not always exciting, but desperately important and needs doing by faithful, regular intercessors.

“To live dangerously,” becoming an intercessor is one way. Let us be a people who pray for miracles, expect miracles, and live by miracles as we cooperate with the Holy Spirit to advance the Kingdom of God.