An independent, Haitian-led, self-sustaining Dunamis is the goal

After starting fairly well in 2013 with Gateways, led by Pere Colbert Estil, Pere Jean Jacques Deravil, and Pere Sadoni Leon, in March 2014 Dunamis 2 “In The Spirit’s Power” was a bit de-railed.

The 3 priests who have been well-trained as adjunct faculty were re-assigned off the Episcopal Diocese’s Evangelism Committee and the new priests assigned to conduct and teach Dunamis had only attended a few Dunamis events and none had been trained as faculty or team members/directors.

We also did not raise sufficient funds for food and there weren’t enough beds for the large crowd.

But we aren’t giving up, new life and a re-kindled vision have emerged.

In November Margie Van Meter of Michigan and Pastors Allen and Debbie Kemp of Virginia returned to Haiti to do Exousia leadership training with 8 Episcopal priests and Deacons, 6 of whom were mostly new to Dunamis.

Deravil, Estil, and Leon (who could not attend this training), though no longer on the Evangelism Committee, have re-committed to making Dunamis happen in Haiti. 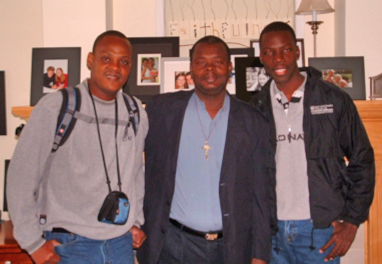 We are very excited that all 9 of them are both eager and willing to train and learn to do Dunamis well.

We made definite progress in their grasping the basic theology and practice of Dunamis and how a Dunamis committee/team works, from food arrangements to intercession to apprentice faculty choices.

Not only did we do pragmatics but we had several precious times of worship and prayer for one another as God’s beloved children who are pastoring His flocks.

The Holy Spirit truly blessed us.

Plans are to start over in 2015, with Gateways being taught perhaps during Carnival week, around Ash Wednesday. The conference will be limited to 60 attendees, with two coming from each Episcopal parish around the nation plus the leadership team.

Those attending will be asked to commit to attending all 6 Dunamis courses. We will continue to meet at the old seminary campground in Montrouis. Each parish will be asked to financially sponsor students they send as best they can.

Prayer points for the Haiti Dunamis:

We will need to raise about $3000 in the USA and Canada for on-site expenses.

The volunteer teachers from the US pay for their own airfares. The Haitians will raise $1000.

Last time we had far too many people and far too few funds- sleeping on the concrete and having a hot dog bun and water bag for dinner was a bit de-moralizing.

Fuel and food costs are enormous in Haiti, and most of the attendees have precious little resources even to afford a bus ticket to Montrouis. So please pray and pray and consider making a financial gift to the Haiti Dunamis.

Thank God for the new leadership that consider making a financial gift to the Haiti Dunamis.

Thank God for the new leadership that has emerged and pray they can flesh out their personal responsibilities and sustain their commitment over the next several years. 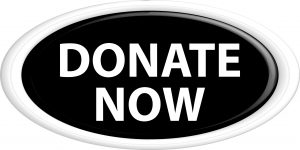