We came together to learn and practice the ‘dance of cooperation’ with the Father, Son, and Holy Spirit.

Definitely, the Lord accomplished His good work in us and so much more.

March 10-14, 2013, more than 150 people—primarily Christian Reformed Church and Reformed Church in America brothers and sisters including denominational leaders, pastors, and elders—came together at Camp Geneva in Holland, MI to grow together at “Growing the Church in the Power of the Holy Spirit.”

In his opening devotional to the dynamic dance, Tim Vink made it clear that we are stepping together into a stream, but not into its source.

Rather, what was happening in our midst could be traced back to a focused prayer effort that began at least two years earlier. In fact, long before that in the heart of our Father. 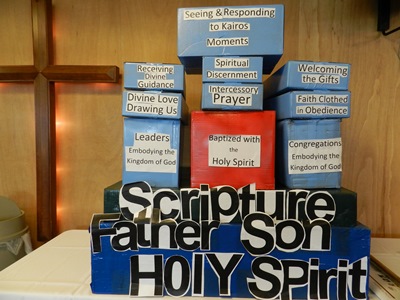 “It is difficult to describe what we experienced at the Growing the Church Conference. The days were full of anointed worship; empowered, passionate teaching; and amazing experiences in small group discussions, sharing, and prayer.” 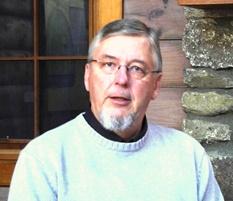 The participants ranged from baby Christians to mature saints. Some came guarded about the Holy Spirit’s work in our day and others had been dancing with Him for years. We had at least one person come to salvation!

After solid biblical teaching on the empowering work of the Holy Spirit, there was a wonderful time of praying for the Holy Spirit to come upon us so that we would all be empowered and equipped witnesses to Jesus Christ. Nearly the whole group present came forward to take part in prayer and laying on of hands. It was quiet! But powerful! We prayed until almost 11 that night.

On the final day, the Holy Spirit orchestrated a moving experience. Following teachings about kairos moments and general obstacles that hinder the dance, we transitioned to deal with obstacles that we were facing in West Michigan.

A brother spoke of his ministry to men with addictions. He confessed that he, too, had an addiction he has not participated in for a couple of years, and felt like a hypocrite because he had never told the men he works with of his struggle.

He testified that he had received prayer the previous night and was anointed by the Holy Spirit.

He felt that God drew a line behind him and said “It is in the past, remember it no more.”

He said, “I am clean! I can tell the guys that also I struggled, but the Holy Spirit released me! I know that every one of our meetings will now start with a time of prayer, and I am going to share about the Holy Spirit!” 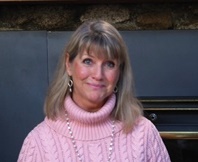 The Rev. Mary Sterenberg, had the original vision for this whole conference, and for months ahead mobilized many intercessors to pray for this new wave of the Holy Spirit in the CRC and RCA

Mary Sterenberg saw a vision of a great cloud of witnesses.

Following is how she described the experience:

“After the representative groups were all prayed for, I had a strong sense of the great cloud of witnesses cheering us on. Tom Swieringa wrapped things up in prayer and then I shared my impressions.

I sensed that while the group was circled up confessing and repenting with the representative pastors and congregations, that a portal to heaven opened over us, and the great cloud of witnesses of the ancestors who have gone before us were cheering us on.

I sensed Dr. Victor Matthews and my Father, Rev. John Morren, supporting us, and that the prayers of the saints of generations past were the foundation for what was happening among us.

Several people told me later that after I said that, they became aware of their parents, grandparents, aunts and uncles who had gone before us standing together in heaven watching and cheering us on.”

Did anyone take a picture of this beautiful and triumphant dance? Not to my knowledge. Yet, its power, beauty, and majesty is recorded on heaven’s Facebook page and in our hearts. We and the churches represented will never be the same.

God worked in ways that can only be called miraculous!

See an interview of Jeanne Kraak about the conference by clicking below.

The “Growing the Church” conference that just took place in Michigan, co-sponsored by PRMI, RCA Church Multiplication, and CRC Home Missions, is both the culmination of years of prayer and faithful obedience to Jesus Christ, and the beginning of a whole new and expanding wave of the Holy Spirit.

This wave is setting churches on a path of growth as well as effective witness to Jesus Christ worldwide.