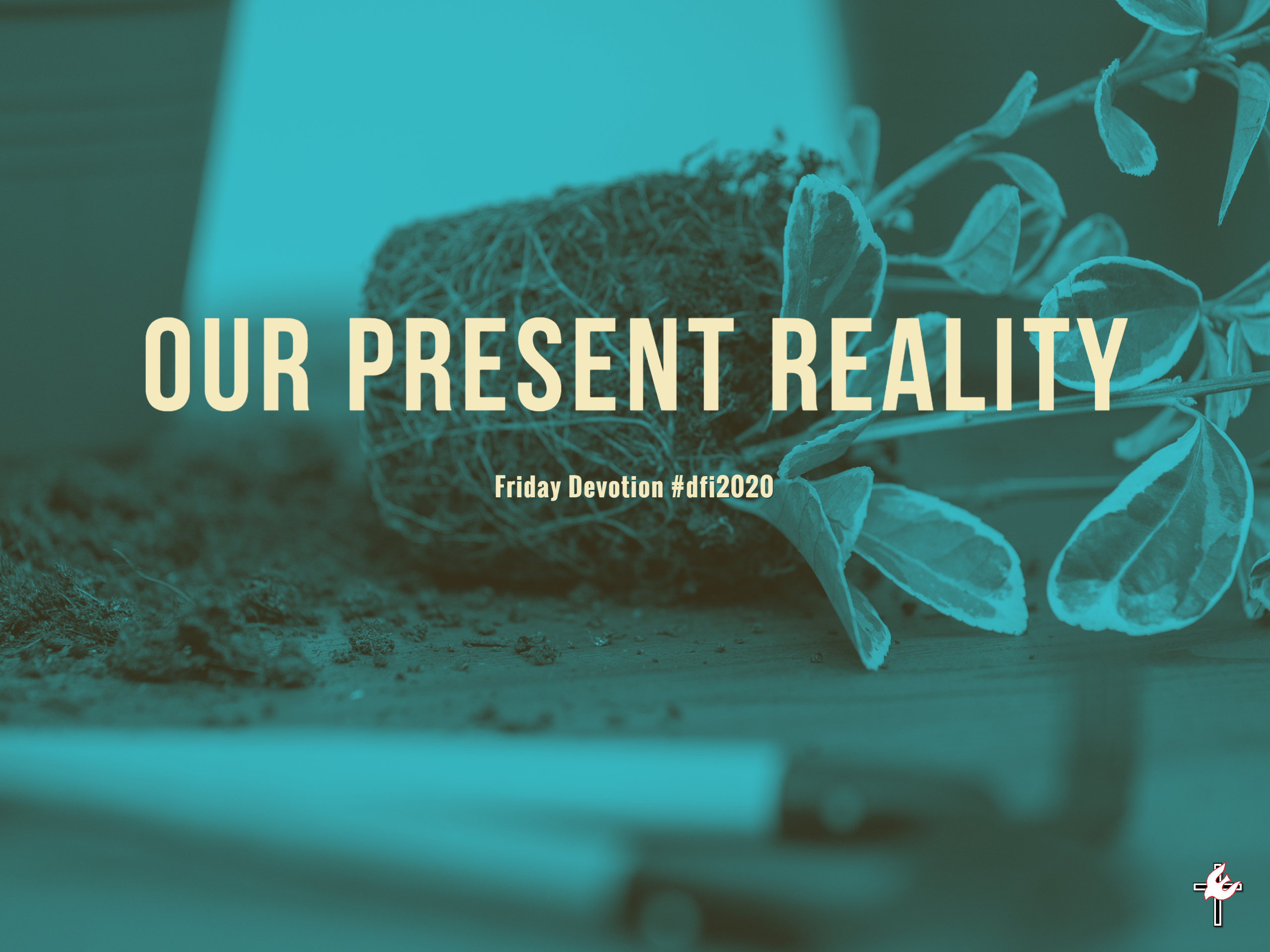 With three members of the PRMI office moving on to other things, while PRMI is stepping into a season where the Lord is calling PRMI to expand it’s reach, our present reality has growing pains.

But those growing pains are necessary to expand into all the the Lord is inviting PRMI to do.

At the Dunamis International Fellowship 2020 Annual Meeting, Rev. Becki Neuman brought a devotional about this growth.

Becki serves as the President of the Board of Directors at the time of this meeting.

Like a root bound pot, that needs to be re-potted for continued growth, so PRMI is in that phase of growth.

The following are notes from Becki’s devotion.

Yesterday Ben Torrey helped us take a look back at the past.

Then during the day yesterday Brad Long spent some time pointing toward the future of the ministry of PRMI.

Today, I stand before you to bring God’s word to bear on our present. Brad touched on that a bit as well.

And as glorious as that was our present reality is that we need to learn phrases like “the hour of the power of darkness.”

Our present reality is that we live in a fractious time.

So many things are in flux… our culture… even things we thought were givens, and politically – the landscape is a hot mess.

As a ministry and as individuals we are called to things we can scarcely take in:

As it says in Isaiah 54:2, “Enlarge the place of your tent, and let the curtains of your habitations be stretched out; do not hold back; lengthen your cords and strengthen your stakes.”

We aren’t the first or only ministry to be confronted with this present reality.

They were called to a similar era… a time of fractious parities – pharisees, Sadducees, Scribes, Herodians, Galileans, the Sanhedrin…

It was a time of political unrest and uncertainty where just saying the wrong thing could get you thrown into jail, and public executions were seen as a useful deterrent.

The haves had a lot and the have-nots had nothing.

There was dust and dirt and death and disease…

And there was Jesus, and his motley crew of followers… Judas, the Zealot (and thief), Peter – Andrew – James – and John who smelled of fish and sweat and hard work, Nathaniel – who hung out under a fig tree (didn’t he work??), and others whose day jobs were so inconsequential we don’t even know what they were.

They were REAL people!

Peter had a mother-in-law who developed a fever.

Phillip, who when confronted with all those people to feed was worried about having enough money – he certainly didn’t have the gift of hospitality…

And there was Andrew – checking out the boy’s lunch – how did he really know the boy had 5 loaves and 2 fish – was he a stalker?

They were a motley crew – who changed the world.

Why does God use PRMI – a motley crew like us?

Because it worked before with people willing to be risk takers with and for Jesus… because PRMI is willing to seek first the Kingdom of God… and His righteousness.

That said, what is our present reality as a ministry?

That nice picture of the flower is on the screen for a reason.

It looks good… until we look at what is inside the pot… and see that it is root bound.

In that condition it will eventually die.

It needs to have it’s soil loosened, and its roots separated and spread, and to have fresh soil added.

Friends, breaking up the root ball hurts! It puts the plant in shock… it might even droop a bit. But, if we don’t do it, the plant will die.

I believe that is the present reality for us as a ministry.

So, while it is painful, and we are a bit sad to say good-bye to 3 staff from the office, we can give thanks that God is spreading our roots, and he will add new soil, so this ministry can continue to flourish and grow.

Isn’t that what happened with that first century motley crew?

They had become a little root bound, and the Holy Spirit came and loosened their roots, and their ministry exploded, it took that quantum leap to Judea, Samaria, and the ends of the earth.

We can choose to stay root bound if we wanted.

Psalm 77:14 says, “You are the God who works wonders; you have made known your might among the peoples.” We witnessed God working wonders among us last night; God’s might was made known among us.

God is in our sorrow and our joy.  We need to focus on Jesus, be led by the Holy Spirit, and be willing to move in radical obedience.

A Word from the Lord

After the devotion, the Fellowship stepped into a time of prayer, led by Cindy Strickler, Director and Head of Staff, the Director of the Dunamis Fellowship.

There were great words of encouragement (18:45), to prayed into, to make space for growth, to prune the branches, and bring in the fresh elements for new growth.

This word also applies to all the various teams throughout the ministry, whether a track leadership team, a mission team, teams who lead various aspects of the ministry. It’s an invitation to say Yes to growth, to make room for what the Lord will bring.